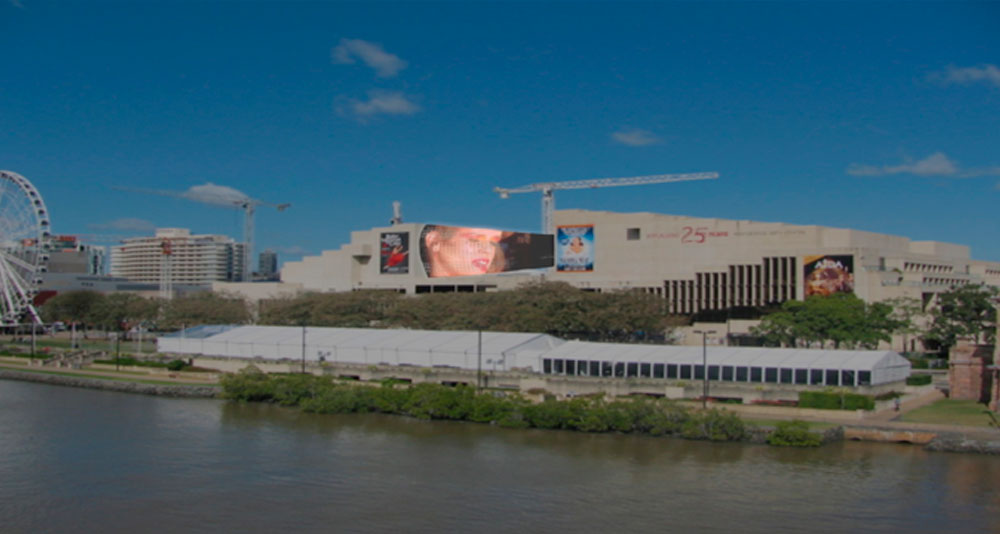 The QPAC public art project was born out of architectural renovations undertaken by Cox Rayner Architects to revitalise QPAC and it’s public accessibility.
Initially three sites were proposed to the art + place, Queensland Public Art Fund (Arts Queensland): a screen based artwork for the Riverside Façade, an interactive video projection journey in the Tunnel, and a sculptural work in the Melbourne St Green (situated on the corner of Melbourne and Grey Streets).  At the close of 2010, Peter Alwast’s ‘Zeta Screen’ project, a large scale interactive LED sculptural screen—to be integrated between the two QPAC fly-towers—was selected for Design Development funding.

The commission was intended to significantly transform Brisbane’s skyline. While there are many 2D screen based public artworks or light emitting artworks that are spectacular and promotional in purpose, ‘Zeta Screen’, a moving image light emitting sculptural form was an ambitious ‘world first’ project. Peter Alwast’s approach to generating the artwork was to create a poetic space between reality and the imaginary and between personal and collective experiences. Various aspects of the project were being advanced technologically (interactivity, LED, MoCap) and conceptually (3D generated imagery, animation and video were being produced) when the project was halted by a change of government.