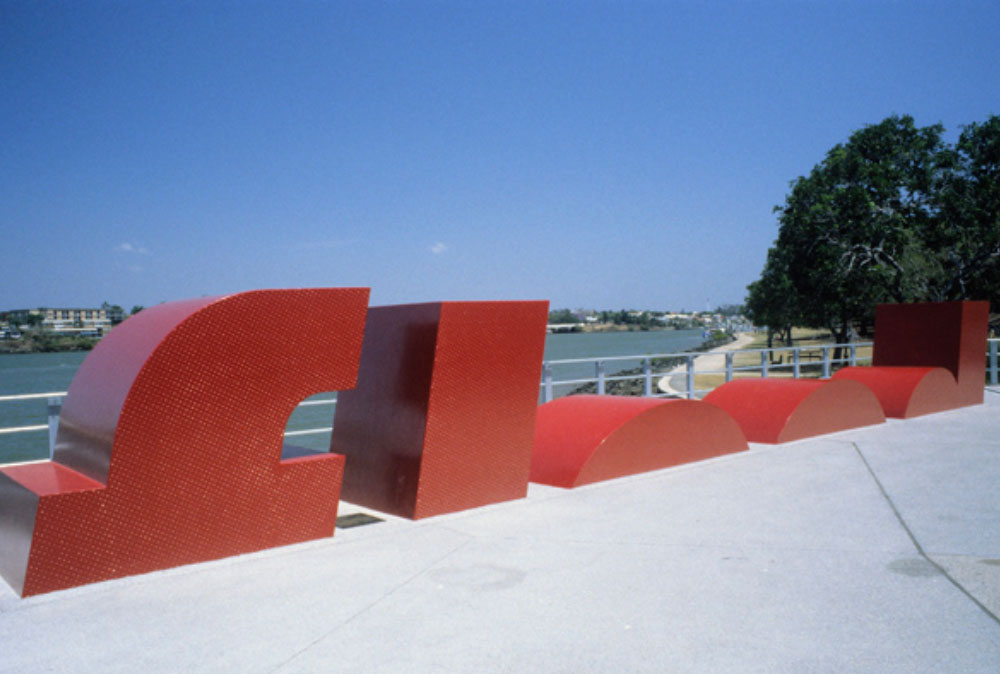 In 1998, Reaney/Younger formed a curatorial team to undertake producing artworks for Brisbane Powerhouse Cultural Precinct. The overall budget for the Public Artworks was approximately $500,000. Reaney/Younger worked collaboratively in the initial phase and Jay Younger curated the second and third phase of the project.

The Conceptual Framework focussed on ‘Power’ and ‘Transformation’ parallel to the Curatorial Overview which focussed on Energizing, Engaging, Interacting, Experiencing, Linking. The artworks are responsive to human involvement and the history of the building and its surroundings. The final commissioned artworks include: Richard Tipping’s Watermark a large scale metal sculpture which spells the sinking word ‘flood’ and playful city council signage ‘spoofs’, Marian Drew’s and Leah King Smith’s photographic works which were produced on site during the construction phase, Sheridan Kennedy’s Optogemel a huge bejewelled disc which spins when a passerby turns a handle below, Julie Rrap’s Powerwalker a giant stiletto that raises and lowers and taps impatiently in response to human movement, and Robyn Backen’s The Building That Speaks where a computer controls the blinking of lights on the façade of the building in Morse Code.  The computer is able to be accessed by those in the building to ‘blink’ out personal messages that remain encrypted in the anachronistic language of Morse Code. The Powerhouse project was exemplary and challenged traditional approaches to public art because it: 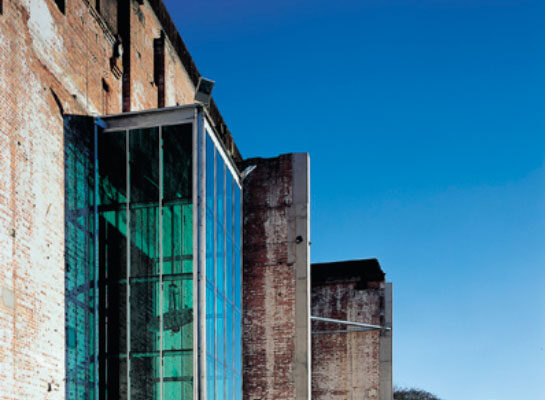 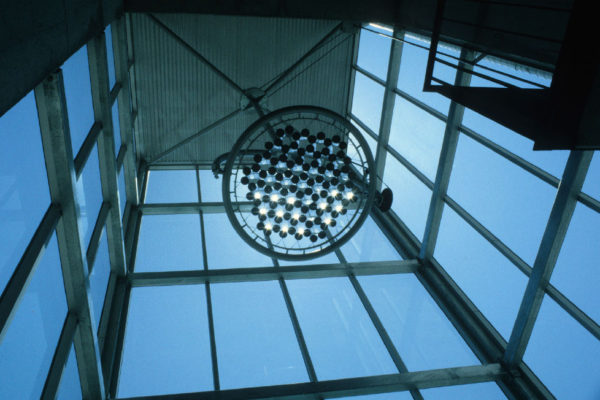 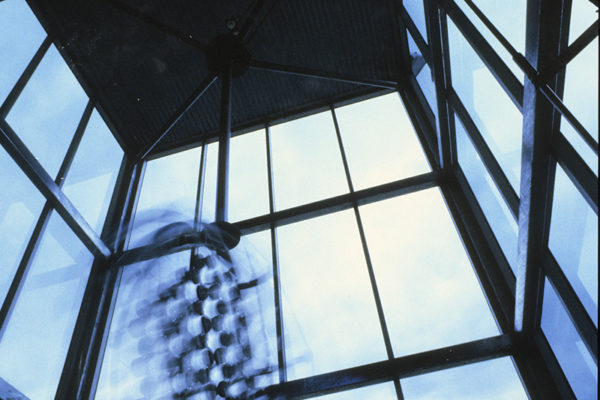 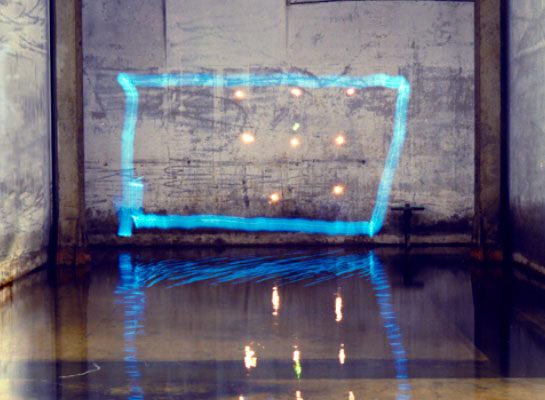 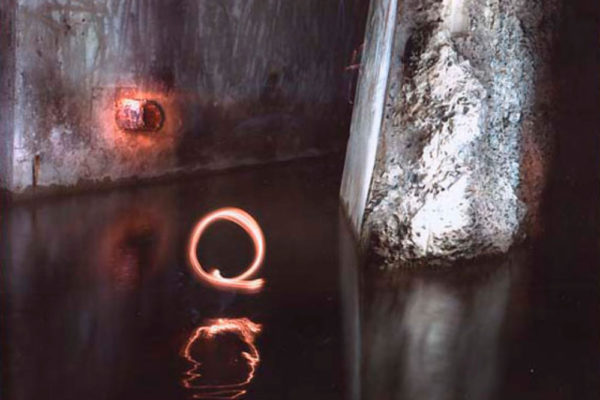 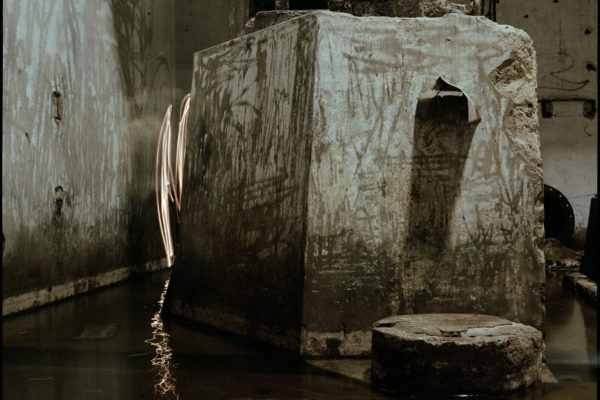 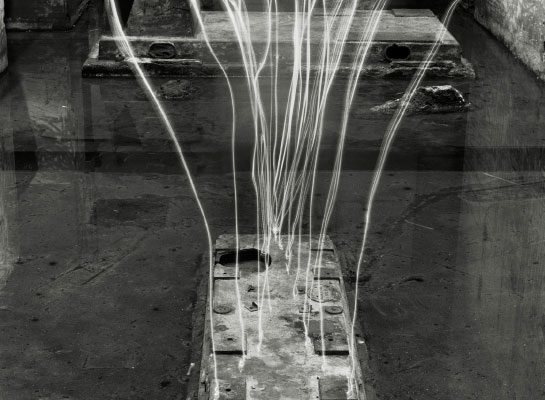 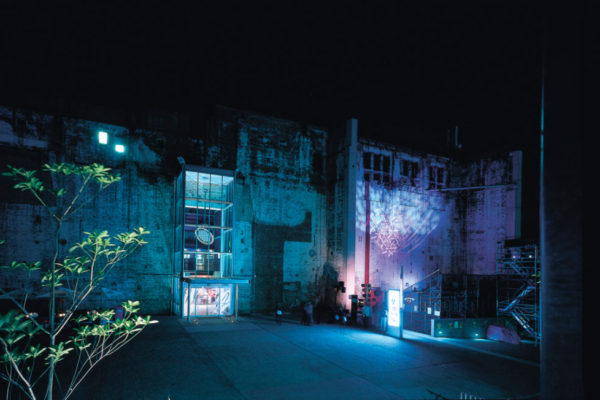 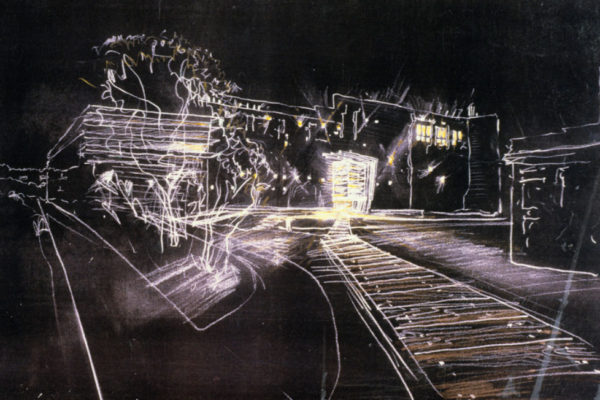 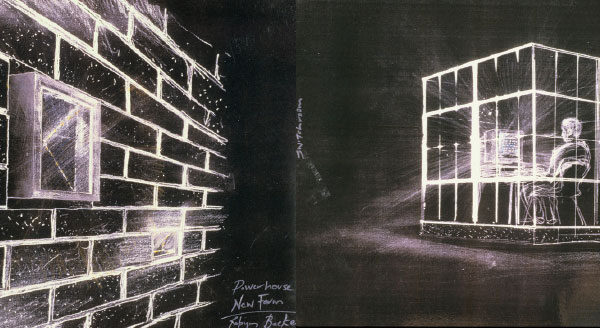 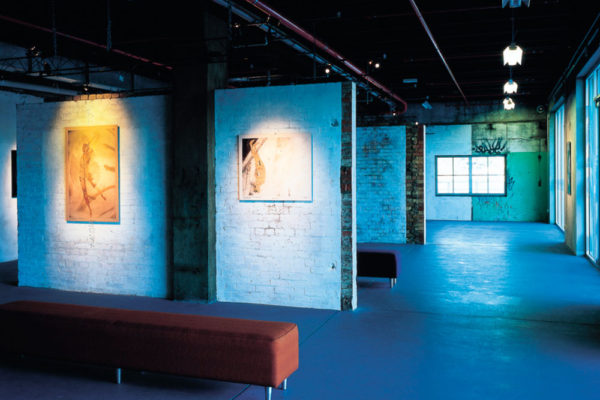 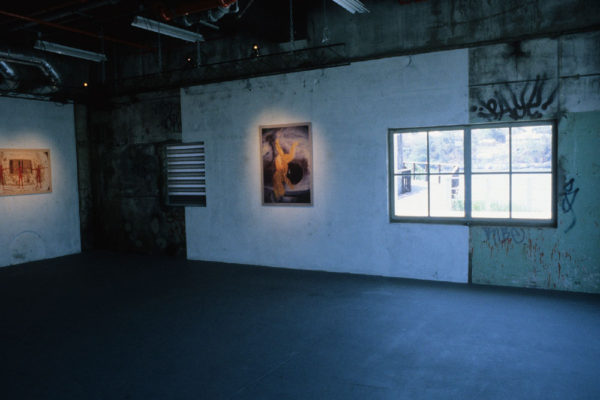 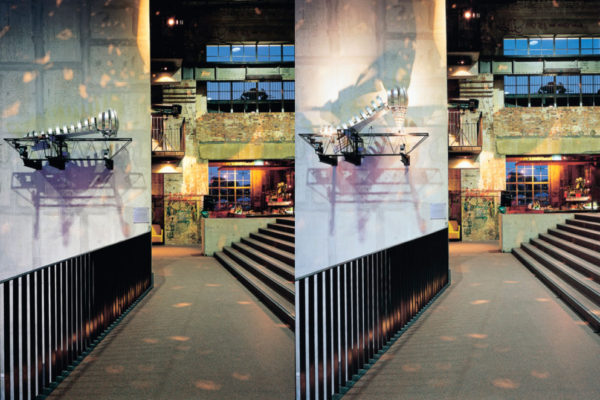 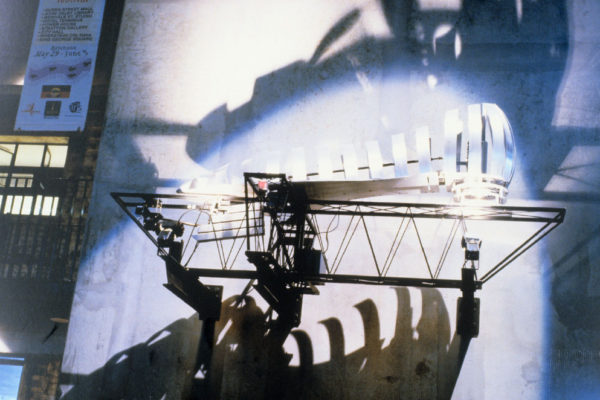 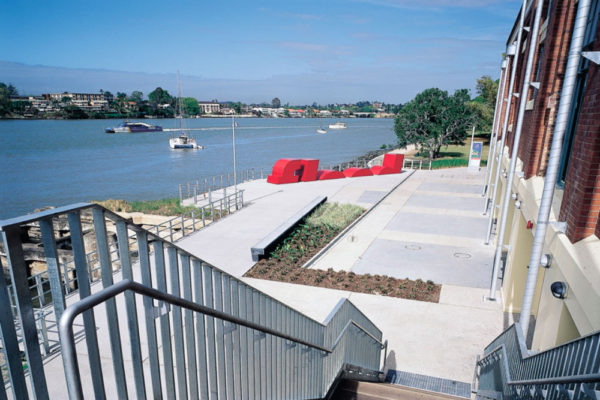 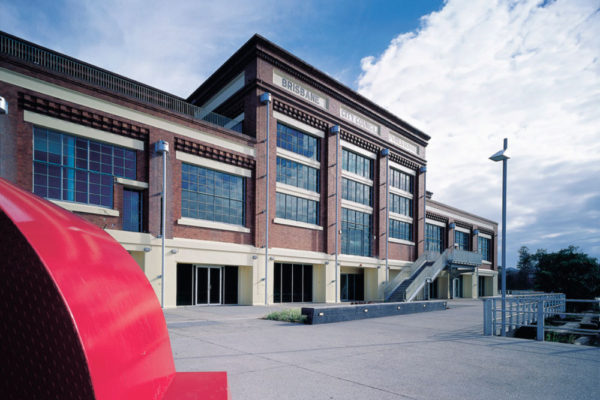 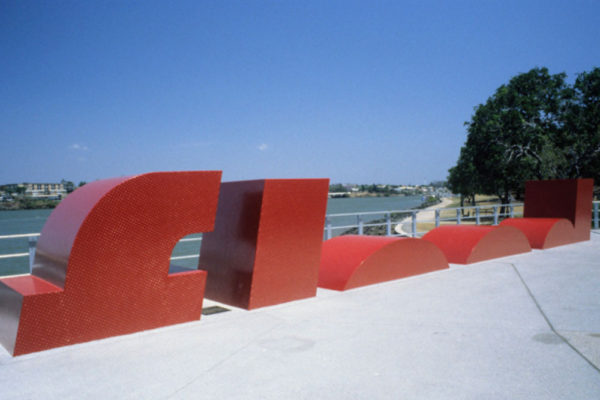 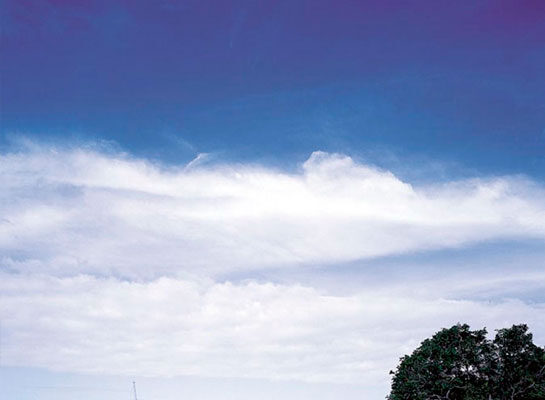 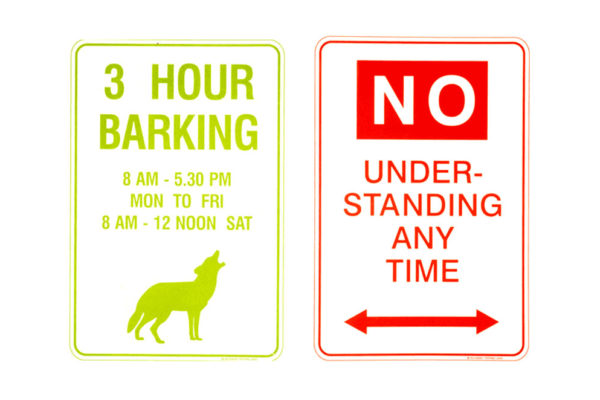