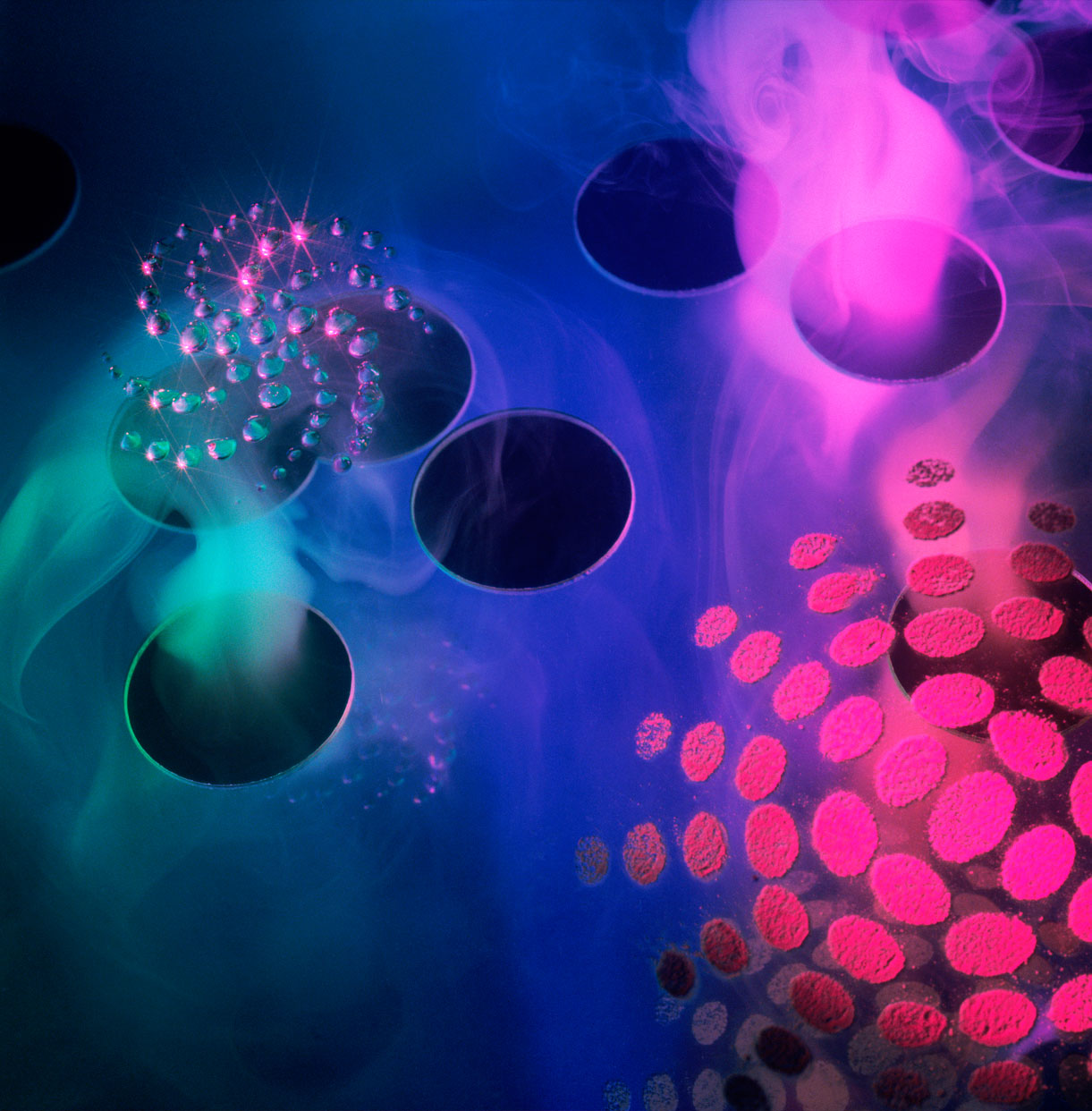 The Spin Doctors’ Mirage takes form as a poetic abstraction based on a psychological landscape. The images are created from smoke and mirrors; a Rorschach smoke-screen reflecting itself. Jewel-like constellations hover above the smouldering scene below.

The non-digitally produced photographic image you see has been constructed from an in-camera montage of many multiple exposures taken of three different set ups in the studio. These scenes were photographed many times over the top of each other on the same piece of film to produce the resulting image.

The techniques employed in making this type of photographic image are far from instantaneous. A preconceived result is foregone; replaced by the synthesis of chance. The ephemeral elements such as smoke and reflection are captured, by combining painting with light, high-speed flash and slow tungsten exposures incorporating projection. These processes, work together to create this other-worldly landscape.

The concepts underlying the series are indirect and the image is intended to evoke sensations rather than thoughts. This artwork might be seen generally as a product of a culture and a time. While the smoke obscures vision, mirror doubles it. Both are beguiling and our perception is distorted. 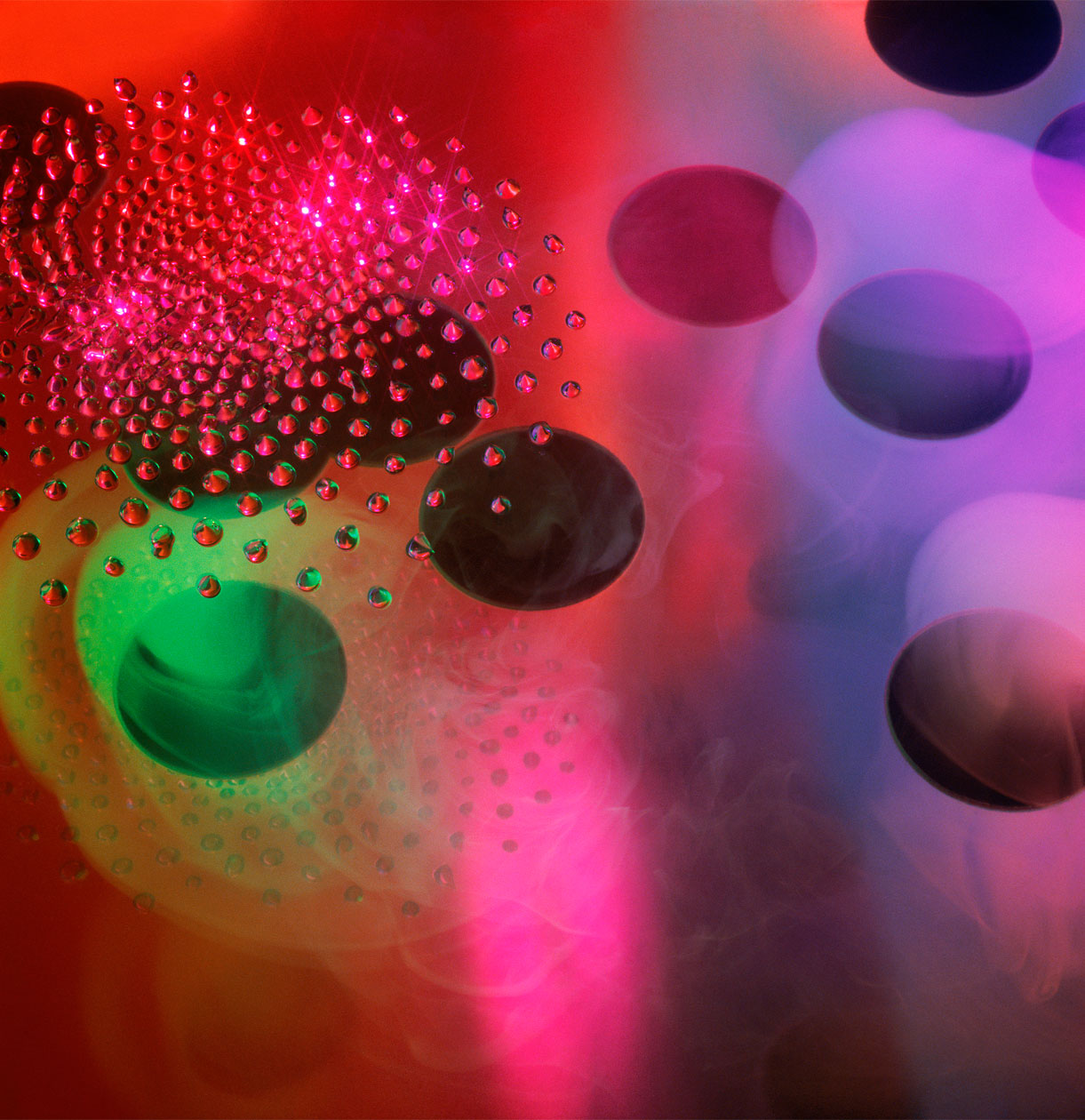 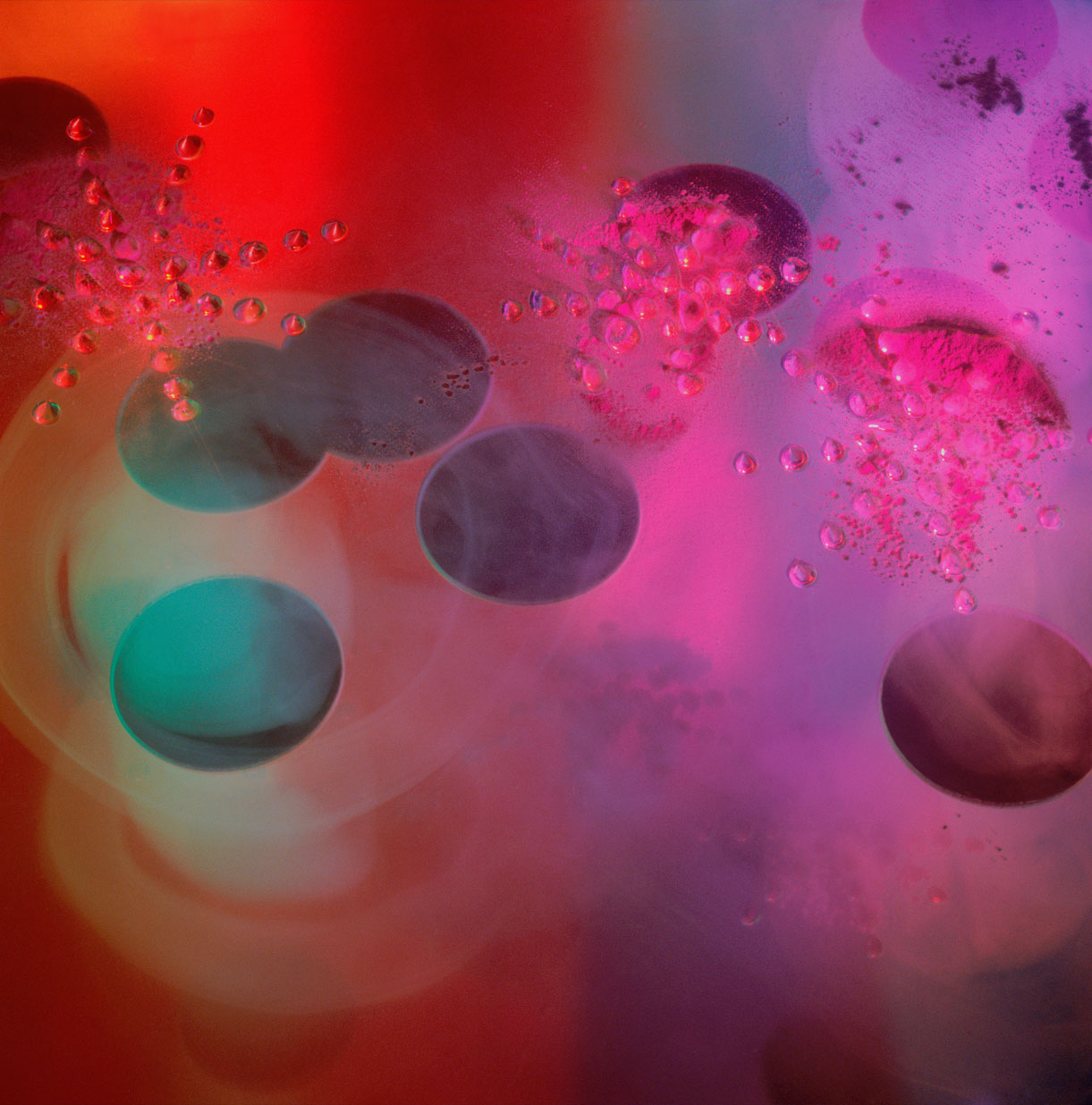 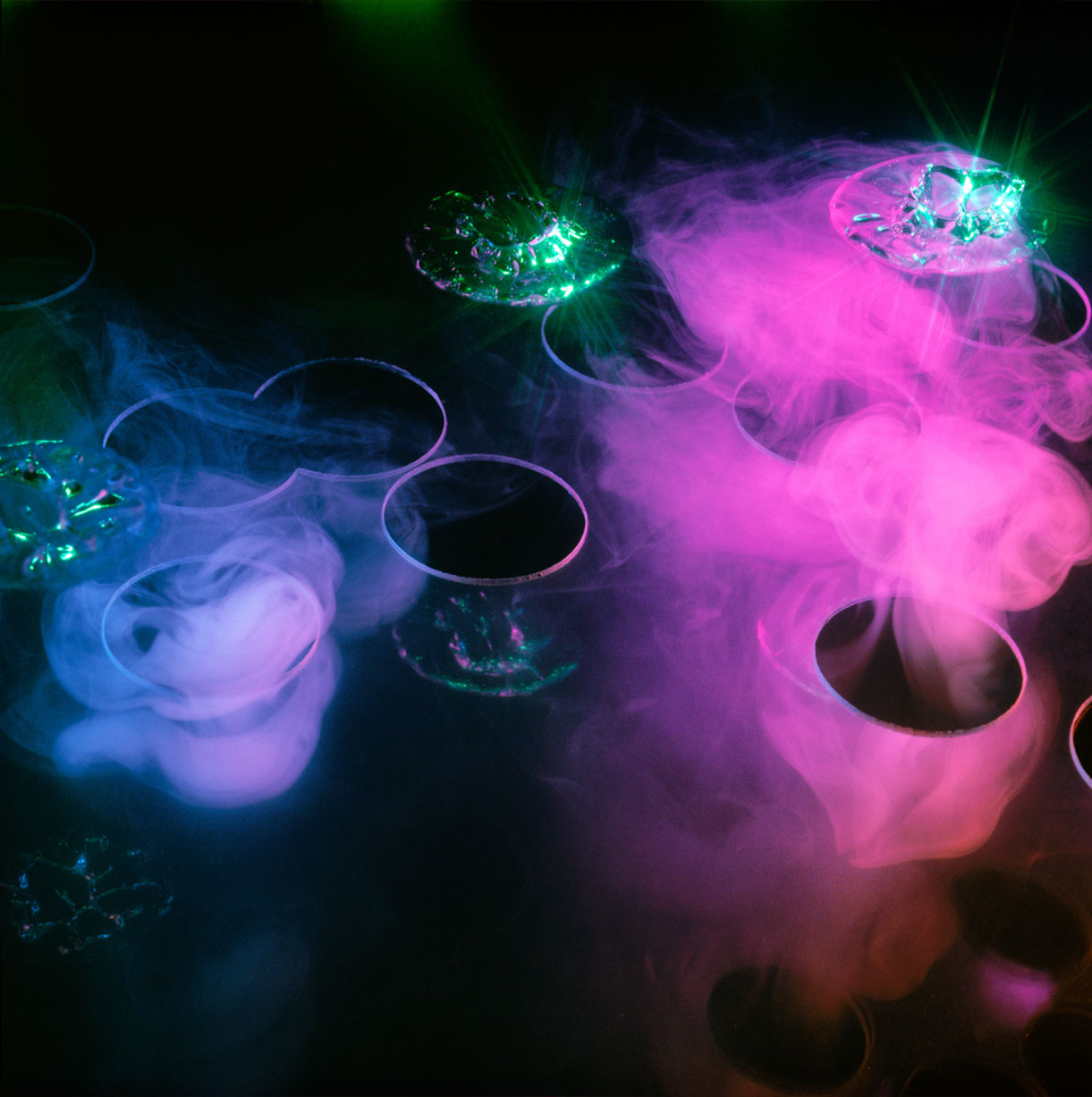