Goose Stepper’s Tears was originally produced for ‘Australia Felix’ a large group exhibition at Crane Art, Philadelphia curated by Ross Woodrow.  It is one of a series of installations that forms a hypothetical scenario. ‘Polemic synthesis’ as a notion of positing different viewpoints in tension between a matrix of oppositional forces is my chosen vehicle for asking questions about the human subject immersed in the conflicting agendas of politicised space. Specifically the concept of Goose Stepper’s Tears focuses on power, decay and corruption.

This work shares specific elements of my installation language—theatricality, fluidity, mechanical motion and suspended objects.  The suspended objects literally suspend disbelief and are held in a surreal tension with each other like a frozen “photographic moment”. In Goose Stepper’s Tears a black patent thigh-high high-heel boot and a tyre swing back and forth towards each other. The tempo of the couple’s engagement changes randomly.  Sometimes the boot is dominant and sometimes the tyre is dominant. Sometimes the energy is frenetic and sometimes it is peaceful. The phallic (and humorous) nature of the black boot is emphasised by its fountain toe—which intermittently spurts black ink. Gender and power stereotypes are deliberately confused. Sometimes the tyre is drenched and sometimes the interior of the tyre catches the fluid. A large pool of dark fluid sits below the swinging fountain-boot and tyre. A swan decoy floats atop the black water and occasionally its clean white serenity is disrupted by the boot-fountain spurts. In this installation the spoiled swan is a poetic symbol of decline and a decay of previously upheld values. The obvious swan connotations are the ugly duckling’s transformation, the Crown’s (the British monarch) ownership of all mute swans in open water, and to “swan song”. 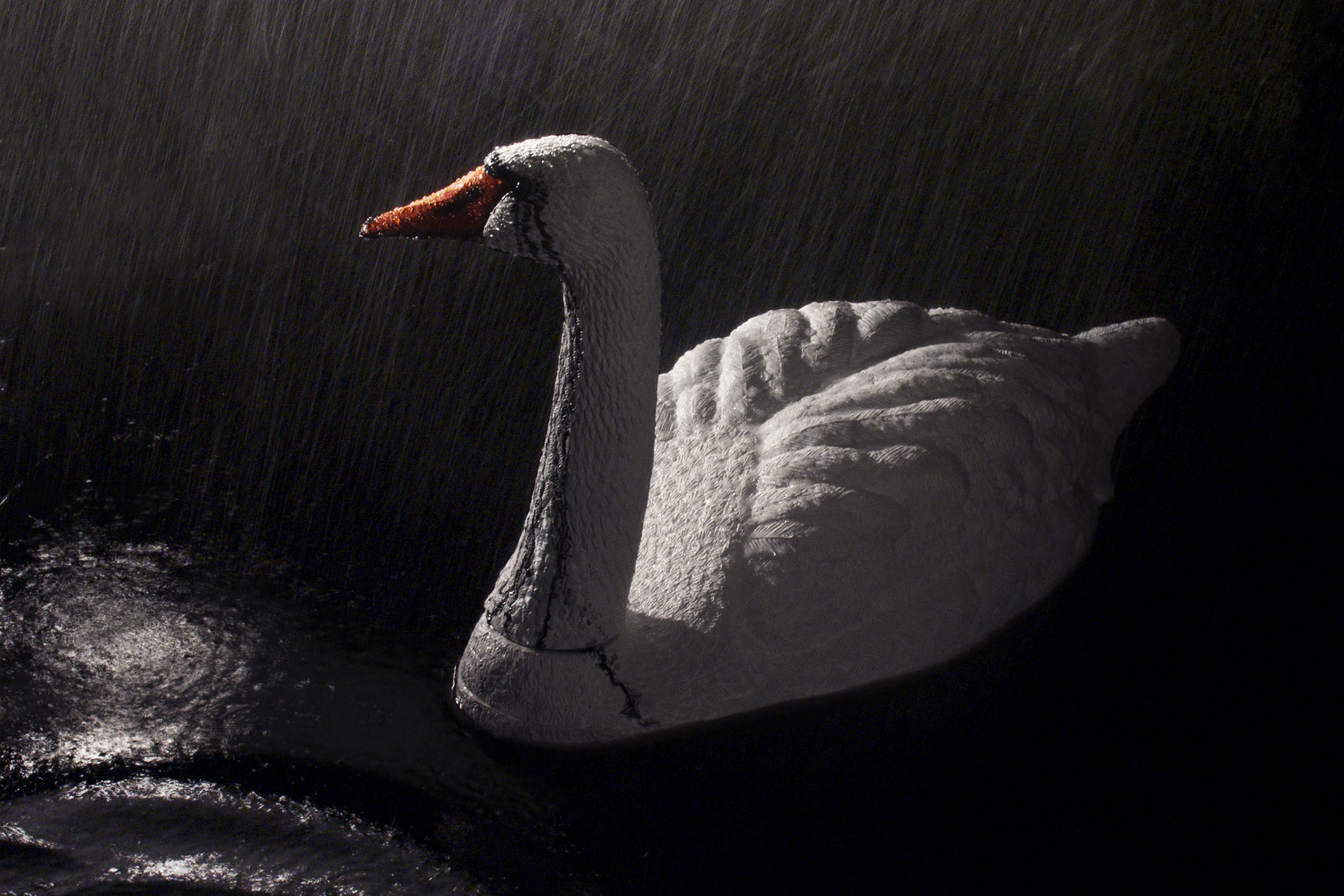