Levitation: Dissolving Old Words That Live Under the Breath 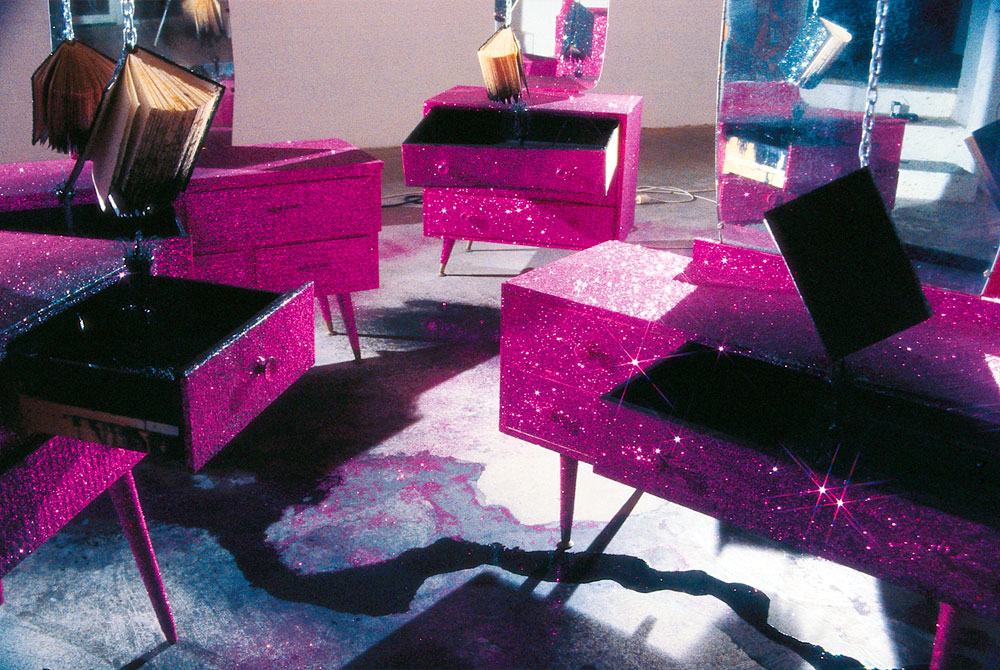 A year later a suspended kinetic version of this work was created in which the duchesses were mobilized into a slow swing-like motion. Each top right hand drawer, where underclothes may be contained, was filled with black ink which was reticulated by a fountain gushing the ink upward. Black glitter-coated books were suspended on a static chain above each fountain which sprinkled, bathed and lapped over the books eventually occluding the text. The underlying premise here was the immense mystery of bodily knowledge and experience and how the power of mystery is at times destroyed by analysis. The pools of black ink in each draw represented the intangible, fluid, unformed, intuitive and unspoken potential power of bodily experience and knowledge. With movement the ink formed wave-like motions within the drawers and the fountains gushed, overflowed and spilled the dark fluid out of its container creating splashes, pools and rivulets amongst the electrical leads on the gallery floor. A dangerous text was created. 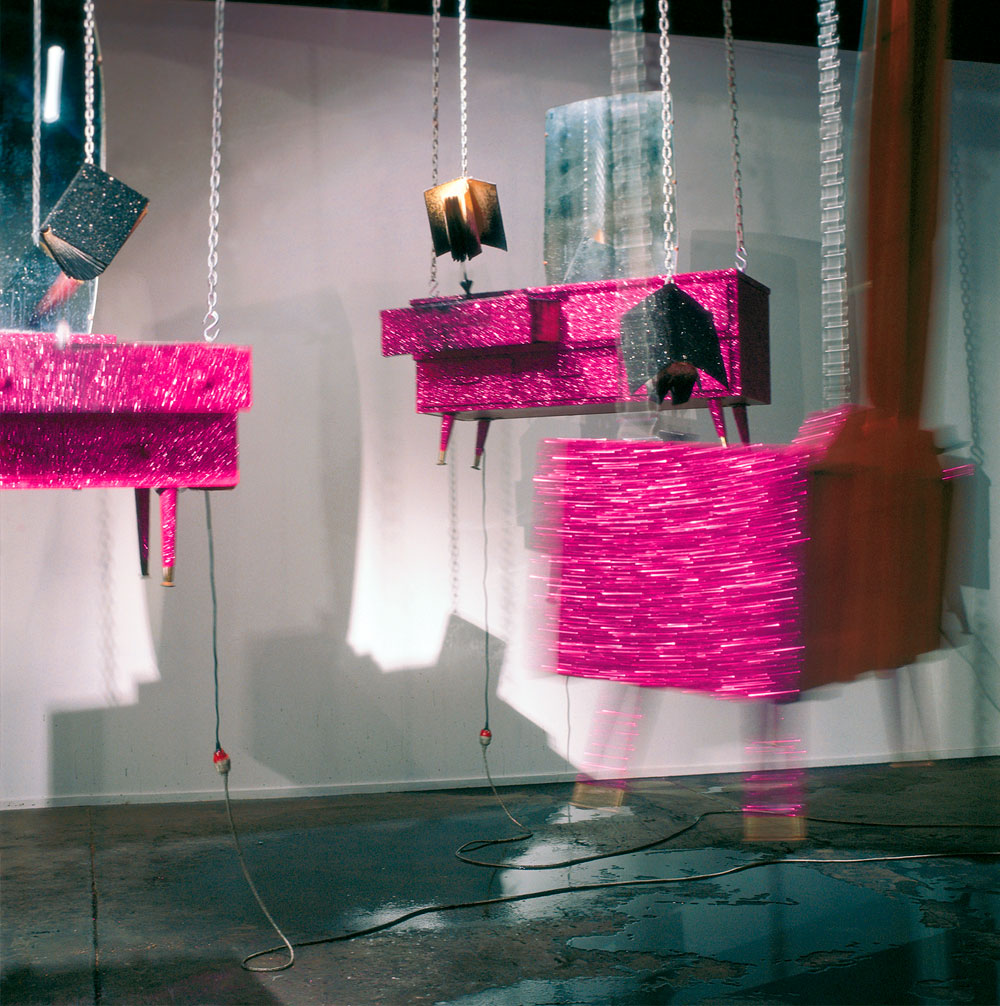 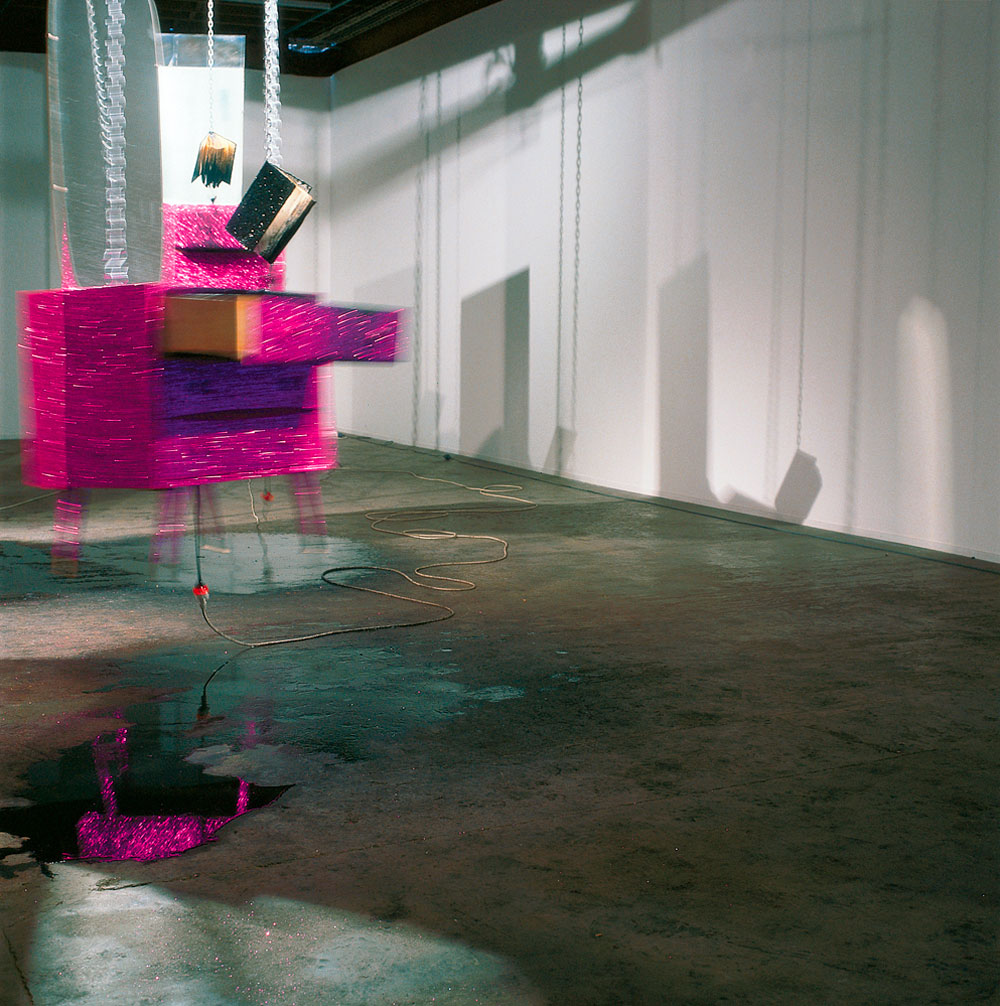 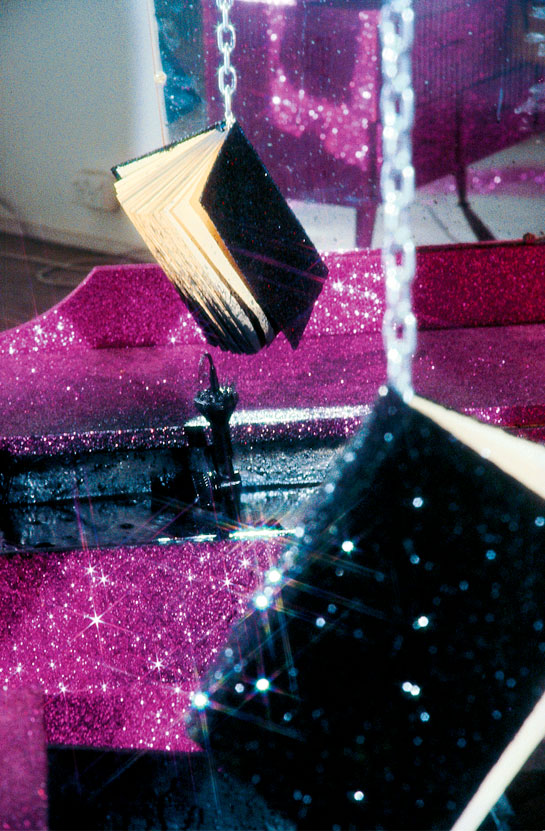