Homefires Burn in the Heartland 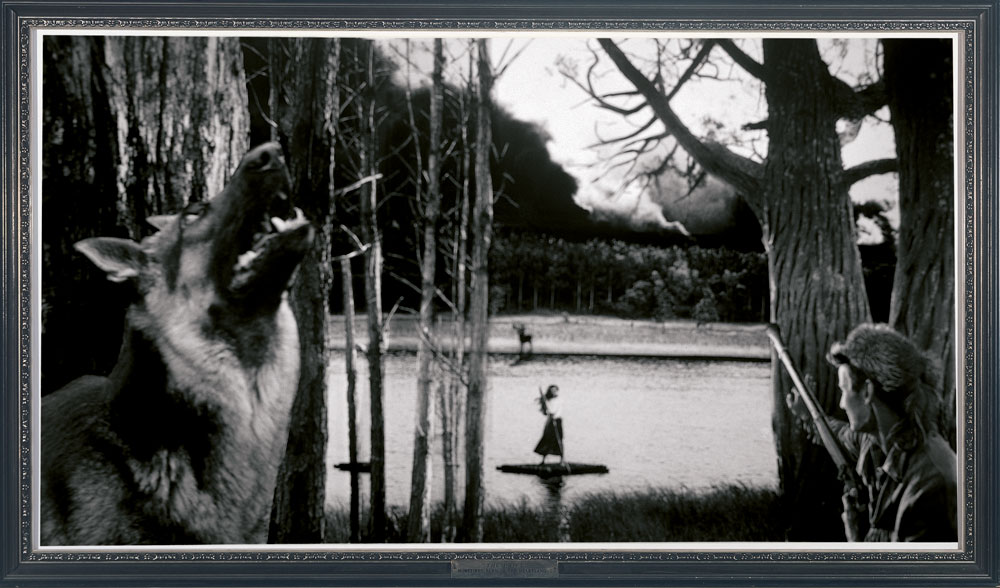 The Homefires Burn in the Heartland series was initially created for a group exhibition entitled Anywhere which was driven by a collaborative effort arising from the artists who formed the Queensland Artworkers Alliance. Anywhere, a touring/exchange exhibition, was a response to a review by Max Dupain entitled ‘Realism shut out of Queensland Scenes’. Dupain, ‘the father of Australian modernist photography’, had reviewed Occlusion, the first exhibition of Queensland contemporary photography at the Australian Centre for Photography in 1986, and infuriated and amused local artists with his call for ‘realism’ in Queensland photography:

My recollections of Queensland are of bright, wide open flats of land, studded with cattle and horses, homogeneous people, hot sun, sweat and a rush of organic energy; human contact delightfully at a minimum level.

Most of these pictures don’t relate to Queensland….

They dwell on universal states of mind, the intangibles of life and are expressed by way of photographic metaphysicals. Strange that such contents should emerge from a people so close to the earth. (M. Dupain: The Sydney Morning Herald, October 14, 1986)

In response to Dupain’s views of Queensland as rural and removed from urban living, the ‘Homefires Burn in the Heartland’ series recreated an Americanized generic folklore of ‘The Last Frontier’ as the uncivilized wilderness Queensland often represented to many of the southern states. Ironically the series is photomontaged from images taken within a ten kilometre radius of Brisbane city. Like other works of this time, these images focus on power and position in relation to female identity and representation and do so within a narrative structure.

In The Drift, a ‘hunter’ concealed behind a tree occupies the foreground, and looks downward in the scene to a woman floating on a raft on the river below. Behind her is another potential target, the deer on the other side of the river. The ambiguous tensions and targeted site lines between the characters recreates a moment prior to narrative climax, a fabricated ‘decisive moment’. The woman is adrift carried along by the flow of the river. The river is an uncontrollable and unknown entity, yet it is also importantly a vehicle of mobility and escape. A mythical journey of unimagined destinies is evoked.

In The Arousal the moon outside the door appears to beckon the young woman away from her position at the table, headed by her father, in the warmth of the familiar hearth and home. As if startled or awakened, the woman is drawn to enter the unknown and potentially dangerous space of the ‘woods’.

This moment of awakening, the brink between immobility and action, known and unknown, is a concept that consistently recurs throughout later works. 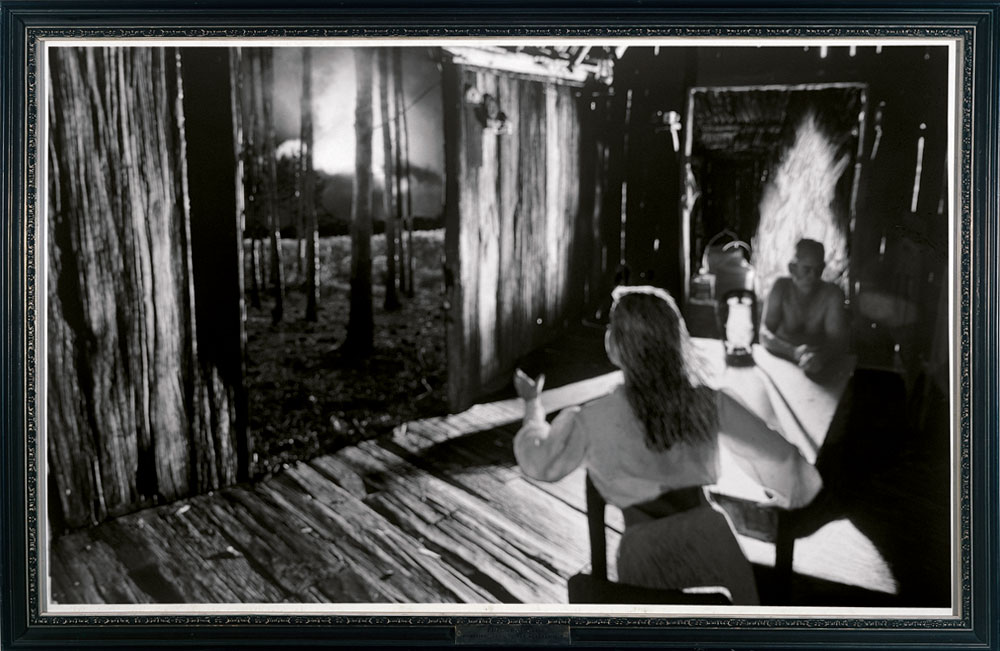