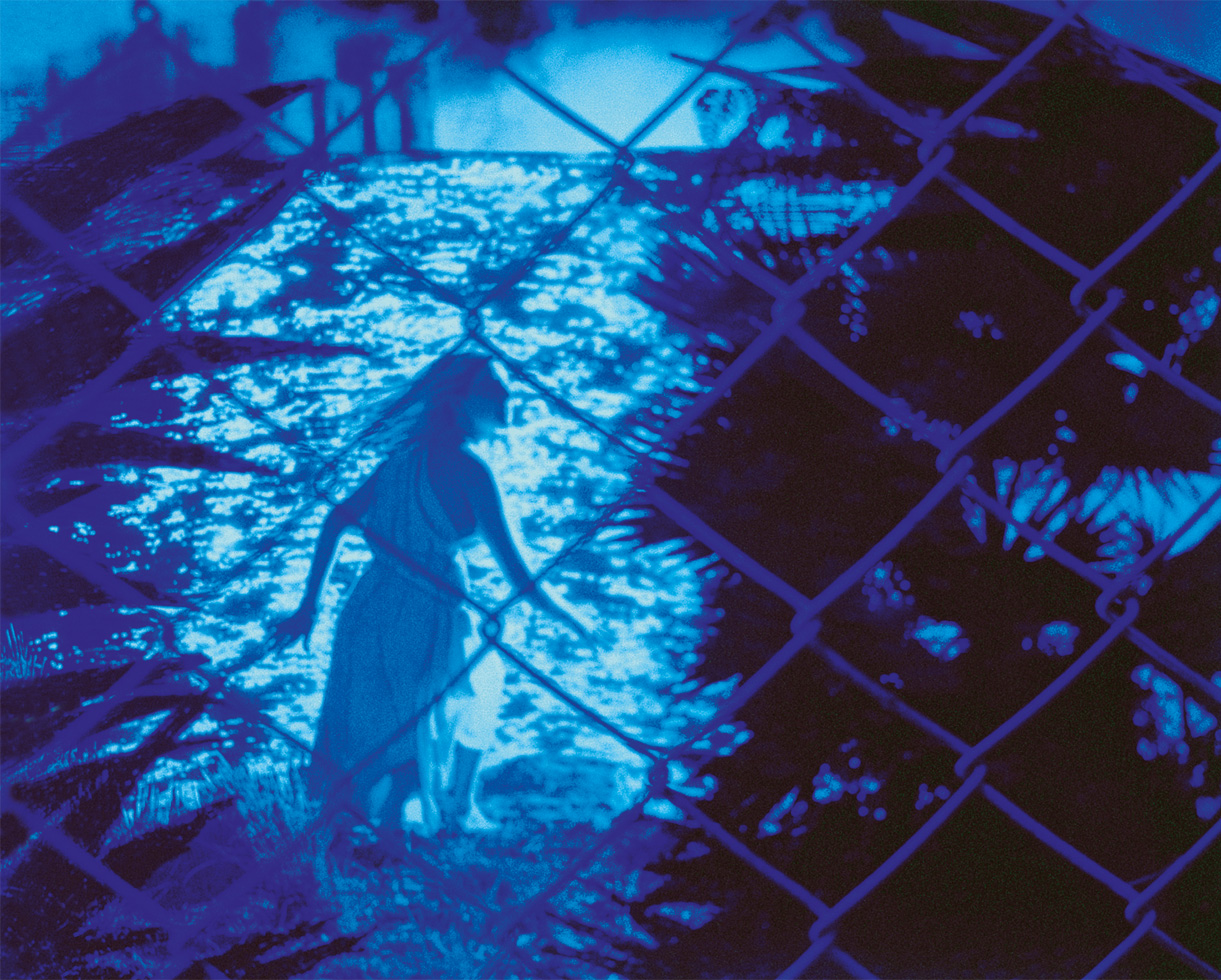 The Blue Kingdom series investigates hypothetical positions of women and the occupation of a fluid ‘in-between’ space. Like other works from this time, The Blue Kingdom was responsive to feminist curatorial and philosophical discourses and focussed on the dual notions of possession and the cultural position of women through the relationship between land and water. Land is represented as the fixed territory of possession and water is represented as the subconscious, that which is fluid and moving, unbound, unfixed and uncontainable.

The series presents a lone female character, a classical goddess archetype. The first image shows a grid-like fence over the scene, which relates to the captivity and captivation of the subject and viewer. This grid dissolves gradually over the series so that in the final image the barrier is no longer visible. The heroine occupies a simultaneously romanticized and ‘surveillanced’ position – a position of being on display – in an increasingly compressed and threatening space. The castle, the source of the romantic ideal, lures across the sea ‘far, far, away’. In the first two images the woman is presented in a startled evasive state, desperate to escape the constricting scrutiny of the gaze. In her attempts to escape, the female character is forced to the limits of the land – the liminal spaces of the water’s edge. In the third image, at the water’s edge, she contemplates her dark reflection, reminiscent of the Narcissus myth. The character is seduced by her lack of identity, to the depths below the water’s surface. In the fourth image the grid dissolves completely and the female subject is submerged underwater. The abstracted formless image of the heroine floating face down in the water poses questions about moving outside the traditional boundaries of identity and representation. Is she drowned and dead or floating in an ecstatic state of liberation? 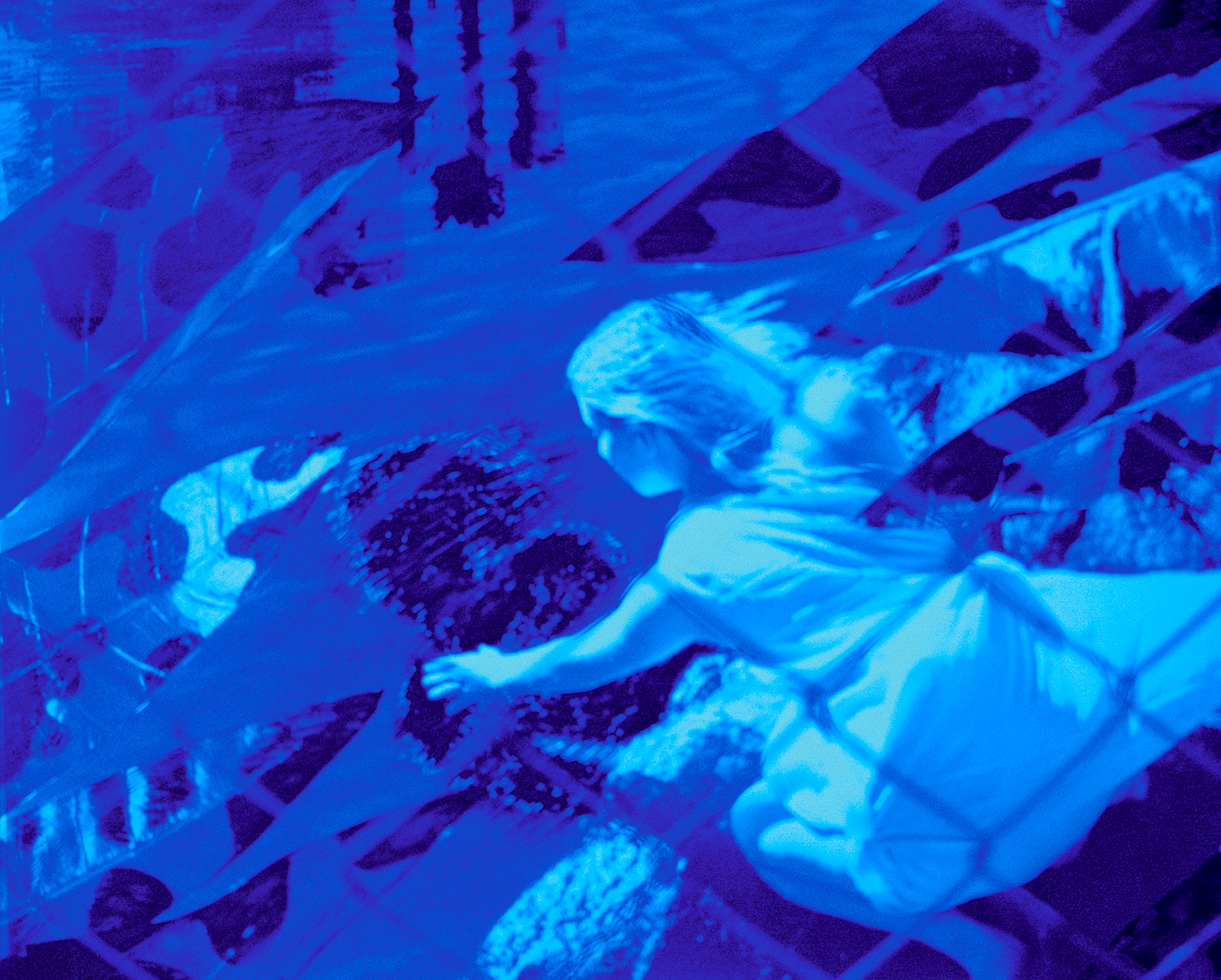 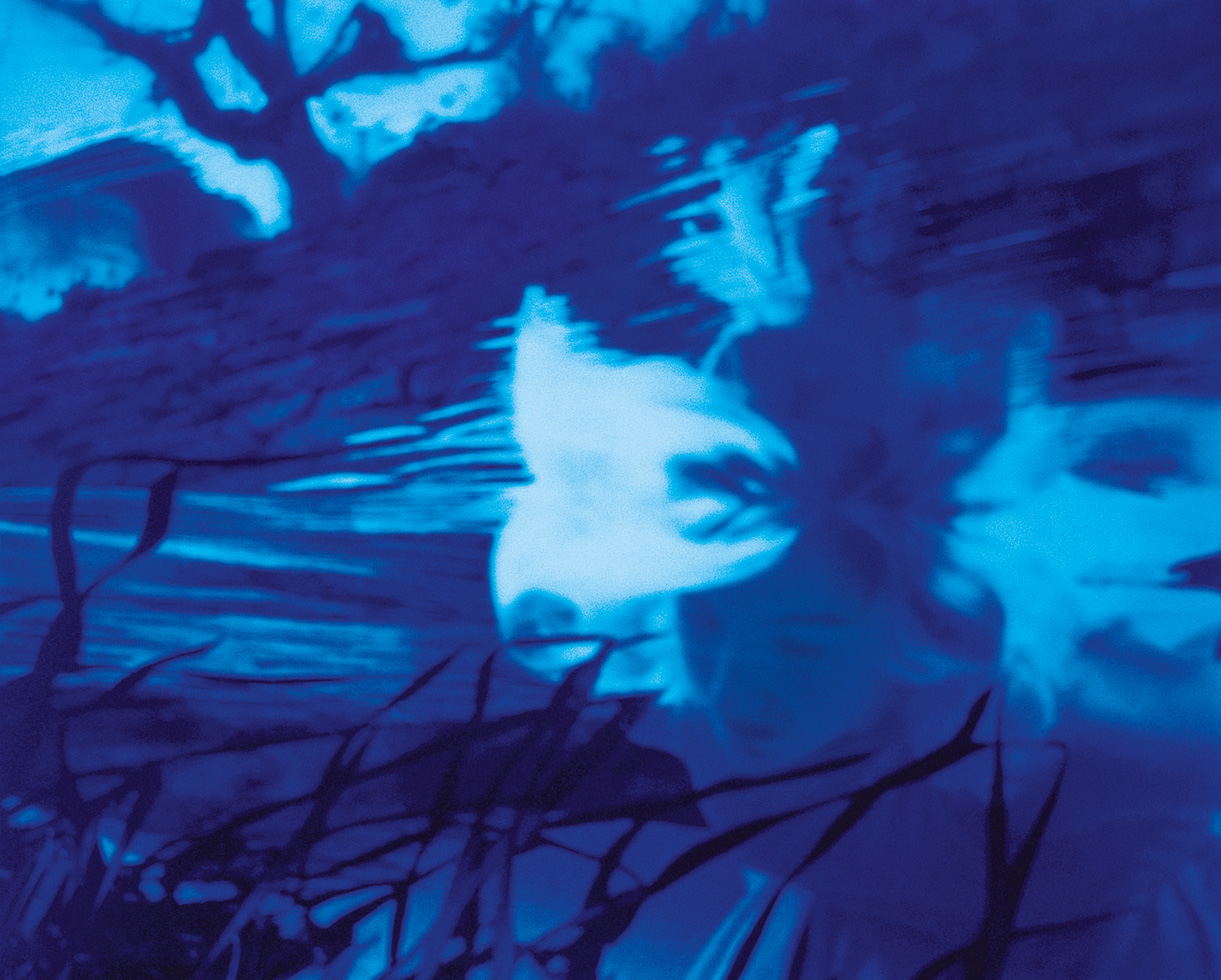 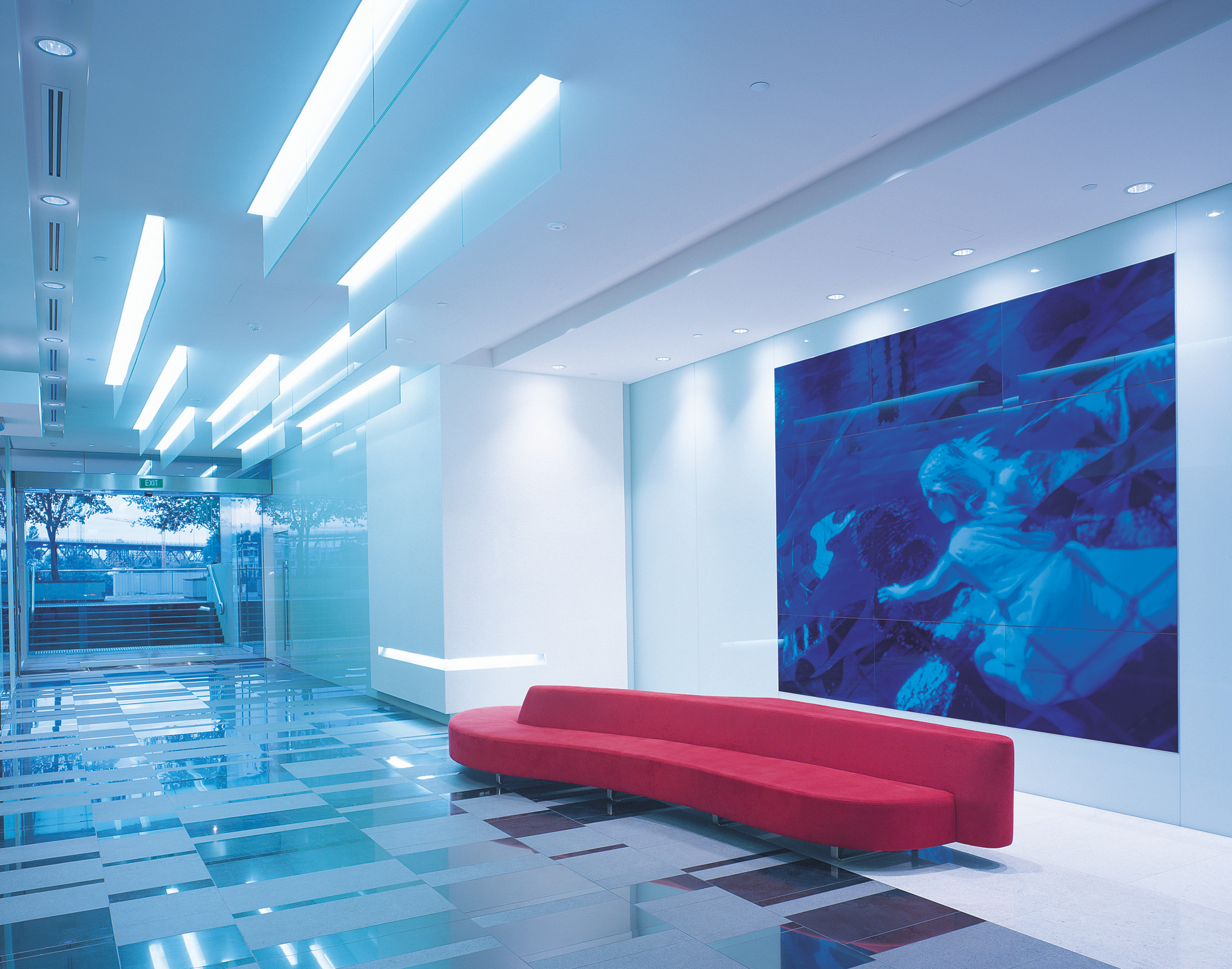