The Sweet Core of Disobedience 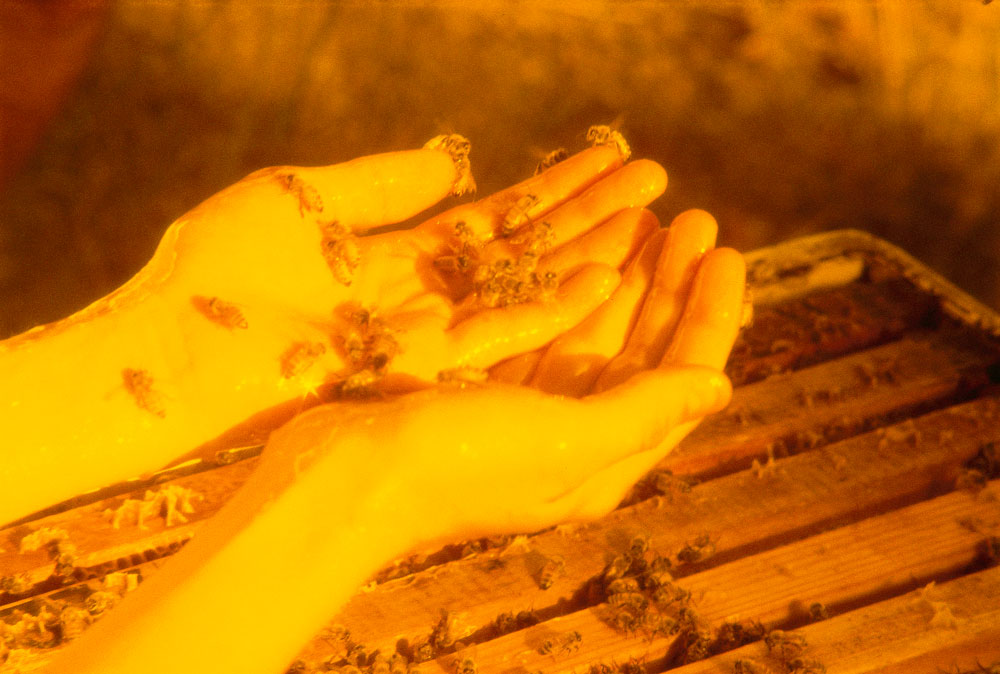 Installation Detail: Super 8 footage (of hands, bees and honey) projected onto the centre of the glitter target.

The Sweet Core of Disobedience is part of a thematically linked group of works that seek to explore the reconditioning of bodily memory through the mechanisms of risk, disobedience and eroticism. Specifically this work focuses on the positioning of the sexes, the role of desire in sexual reproduction and emerging reproductive technologies. This installation included a black glitter target painted directly onto the gallery wall with honey smeared onto its surface, sixty glass vials of sixty individuals’ semen in a spiral formation, six sugar coated ladders, six sugar coated bird cages, a suspended ice wolf’s head which melted during the opening evening, and two continuous loop super 8 film projections. The two film loops were projected onto the two opposing walls at either end of the gallery. The yellow film loop shows a woman sensually rolling viscous honey between her hands. Her hands and arms are covered in bees. This film was projected on the ‘honey target’. The other, a blue film loop shows a blind-folded man blowing smoke rings. This film was projected over the ‘sperm spiral’ at the opposite end of the gallery. The ice wolf’s head was suspended in the centre of the space. Down each side of the gallery were three slide projections of three pairs of identical female twins. Each twin was on the opposite wall to her partner twin. The twins’ portraits show them with their eyes shut, ‘dreaming and fantasizing’, with open eyes painted on their shut lids. In the twin portrait series, a jewel is swung in front of their ‘painted’ eyes as if to hypnotize them, but instead they only pretend to be under the hypnotic spell of the patriarchy.

The Sweet Core of Disobedience created controversy due to the inclusion of men’s semen in the installation. To include semen as a material in the exhibition, men in the art community from Brisbane, Sydney and Melbourne were invited to contribute their sperm. The responses from the men were extraordinary in their diversity. Some men were insulted that they weren’t asked. Some claimed their girlfriends wouldn’t let them contribute. Another was too saddened by his gay partner’s recent death. Another prominent Australian artist wrote in protest finally requesting that the artist smear her ‘vaginal secretions’ on his letter and return it to him. One apologized for the delay as he had been depressed. Another apologized for the delay because his mother was staying. Some made artworks in response. Another sent the semen in a condom inside the test tube provided to ensure the audience that it was created during sexual intercourse and not masturbation. Another took zinc to ensure his sperm was the whitest and fluffiest. Another filled the tube to the brim filling it with two or three ejaculations. And of course some cheated filling the test tube with other substances. (A biochemist had checked the samples for authenticity). The variety of unpredicted reactions was overwhelming. From this point on, difference and diversity became a continued source of fascination and recur throughout many of the later works. 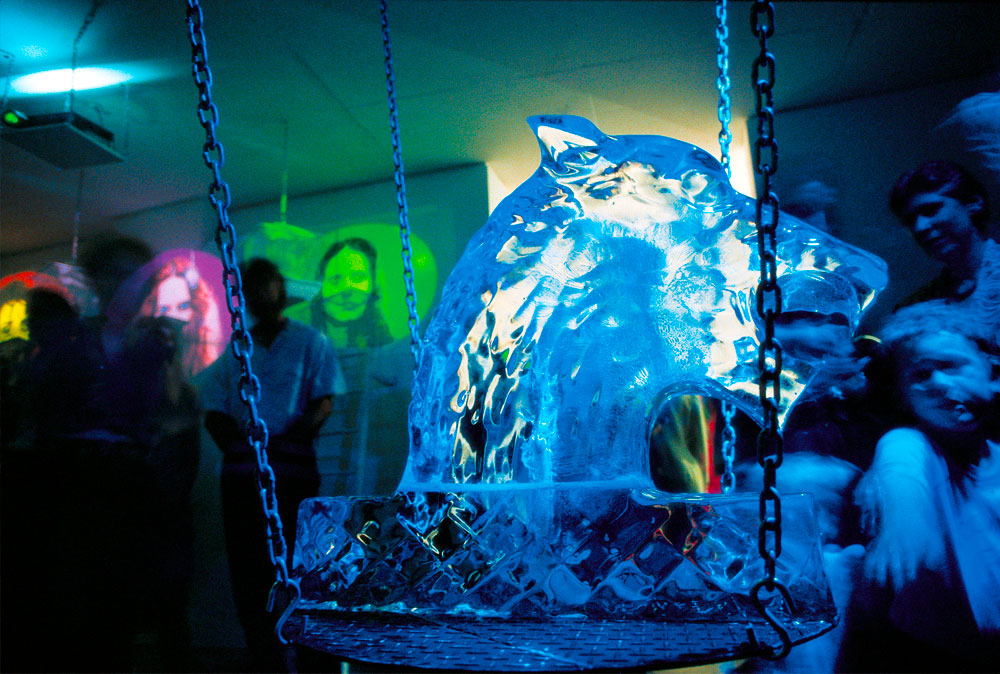 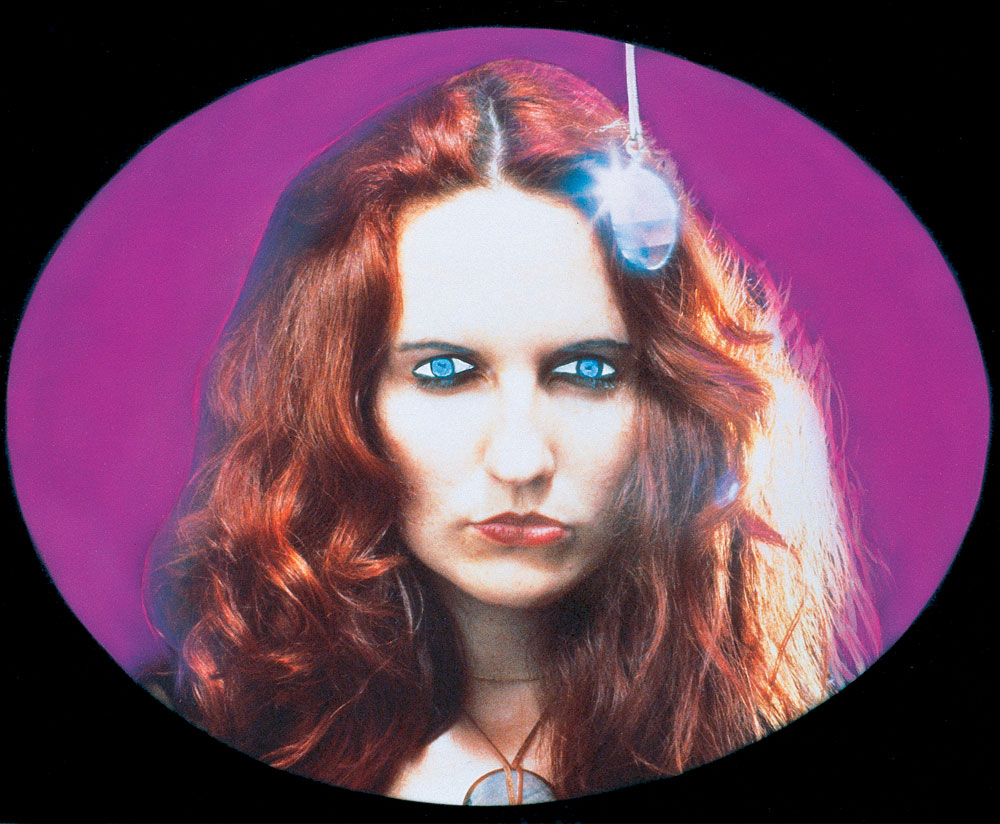 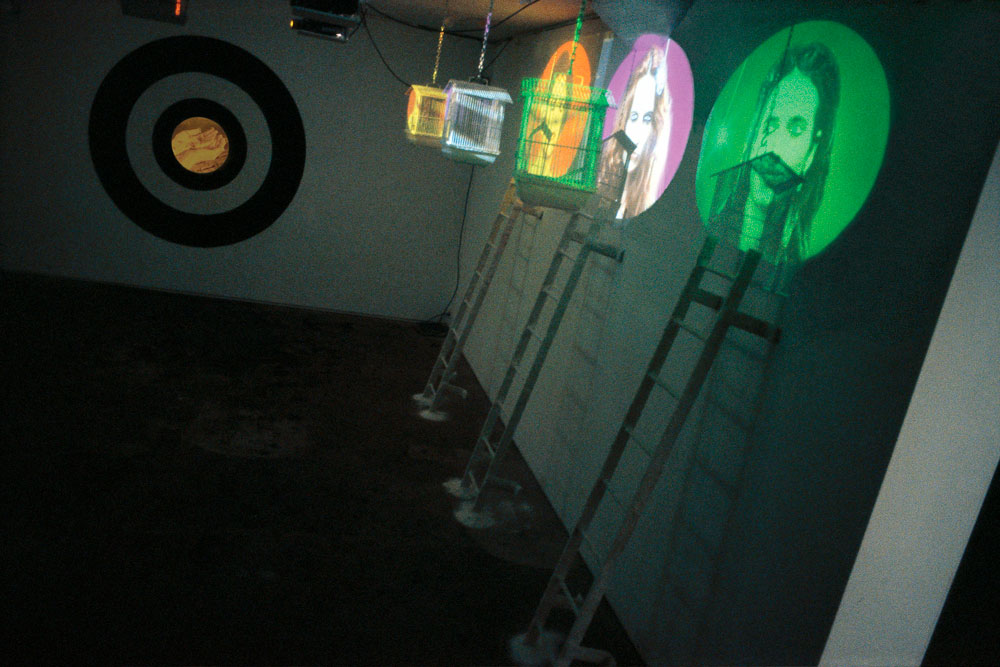 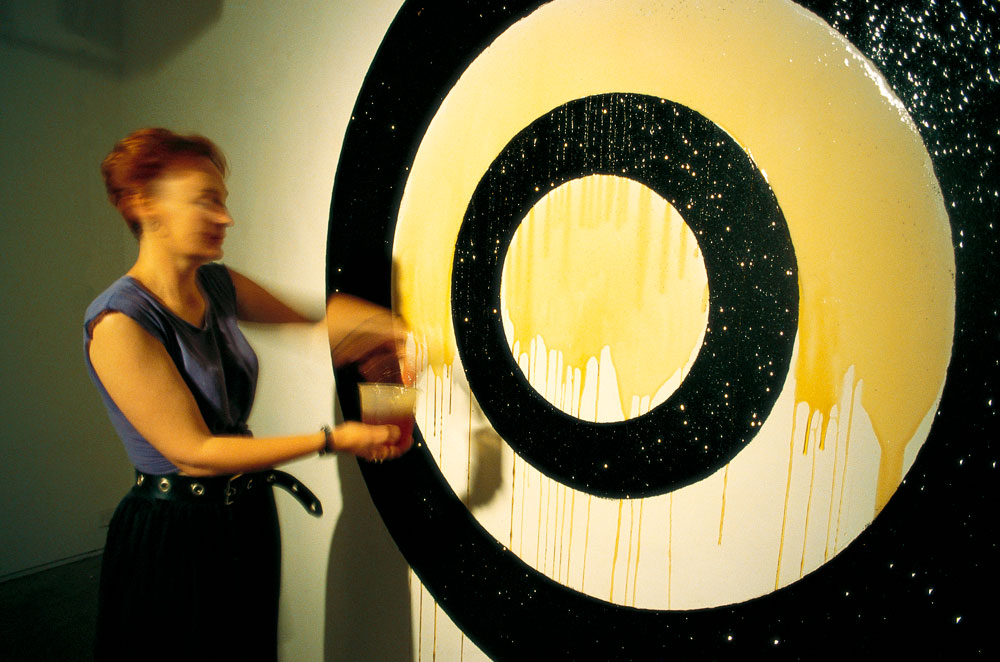 Installation Detail: The artist applying honey to the glitter target wall painting prior to the opening event.
Photograph: Andrew Yeo 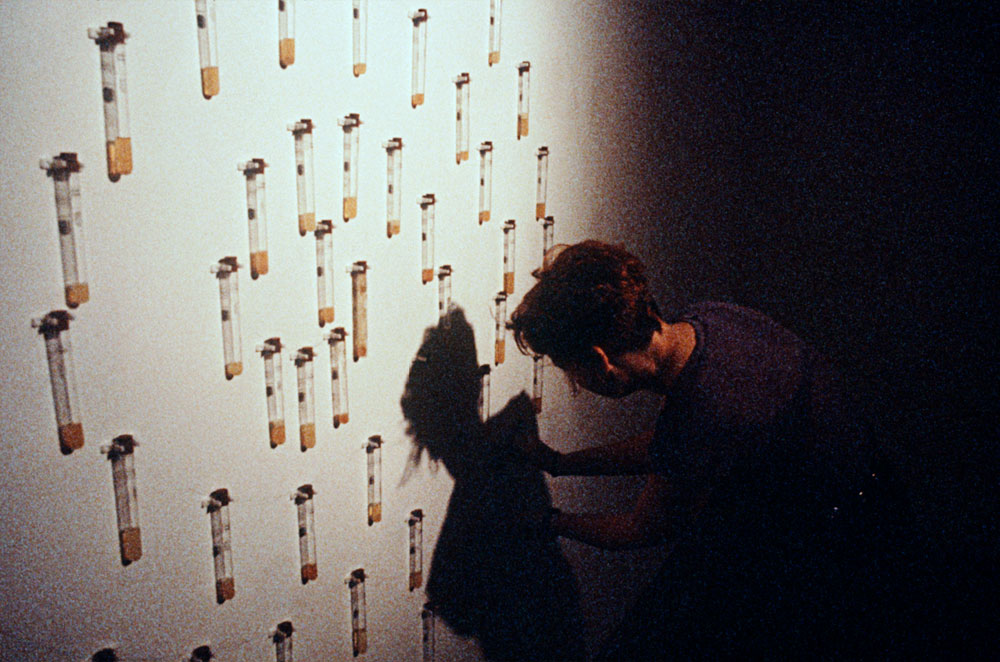 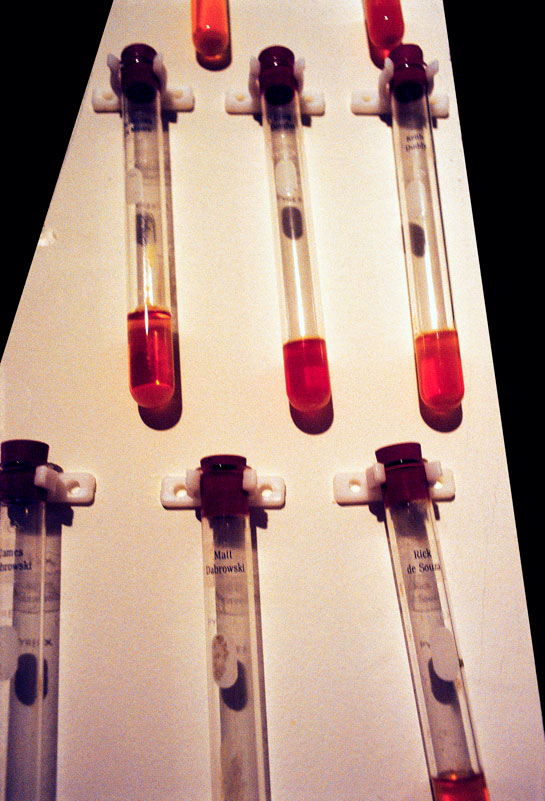