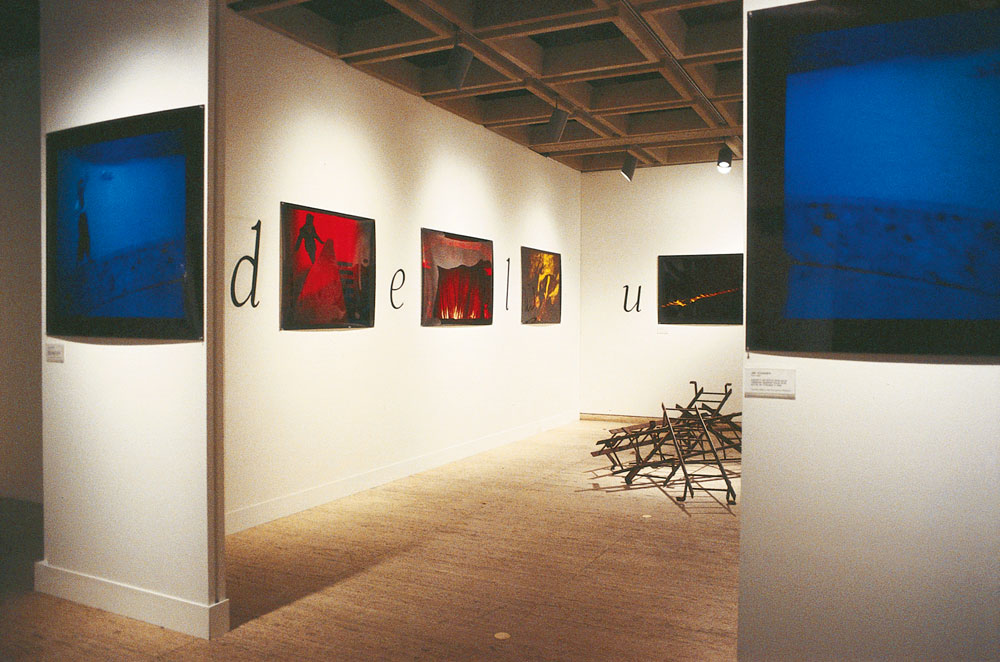 between Delusions was a parody of the rapid stylistic conformity and fashionability of postmodern feminist photography. Anxiety as style nice blue version: noisrev eulb ecin elyts sa yteixna I and II, the key mirror images of the series, show a blind folded woman walking along a stone wall between the land and the water below. Other images, shown as four diptyches, include a young woman hanging from a cliff’s edge which is paired with a taut rope splitting as if about to break, and a burning hoop held by a ring master (through which the artist must jump) coupled with an image of the artist posing as an anxious female subject reminiscent of a Cindy Sherman photograph. The artwork branched into installation for the first time with the placement of a paired grouping of rusted fire escape ladders at either end of the gallery. These represented the debris of postmodern deconstruction.

To close the Institute of Modern Art exhibition of between delusions, a performance work featured a female trapeze artist faking near-miss accidents over and over as if she were about to fall from the trapeze. This performance added another dimension to the critique of ‘anxiety’ as a clichéd feminist representation. A violinist at the far end of the gallery played The Carnival Is Over to call an end to the sad performance of what had already become an ‘old trick’. Instead of postmodern photography offering a vehicle to question and express female identity and representation, it had become a commodified artform, emptied of experimentation and diversity, replaced by style and homogeneity. 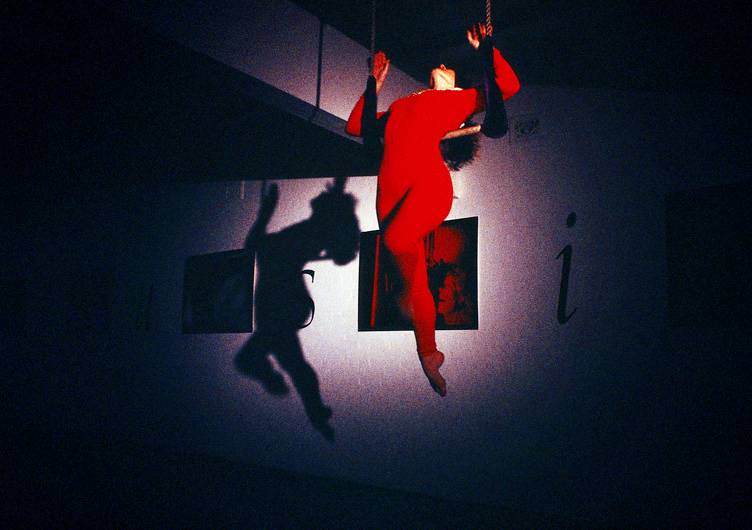 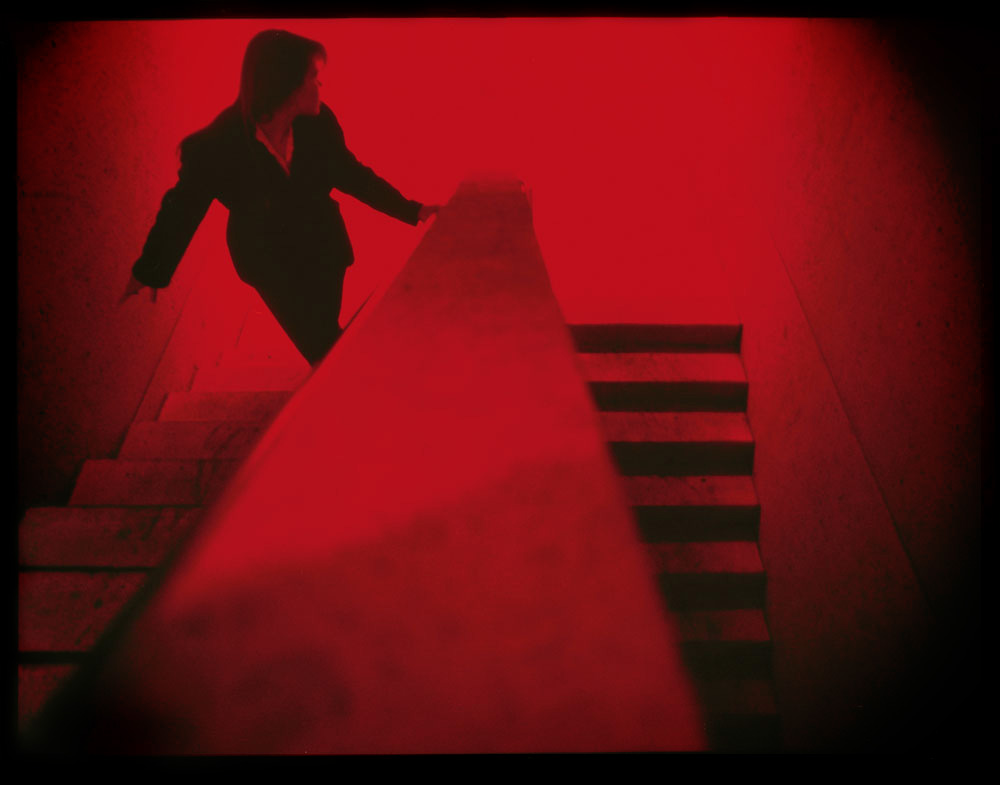 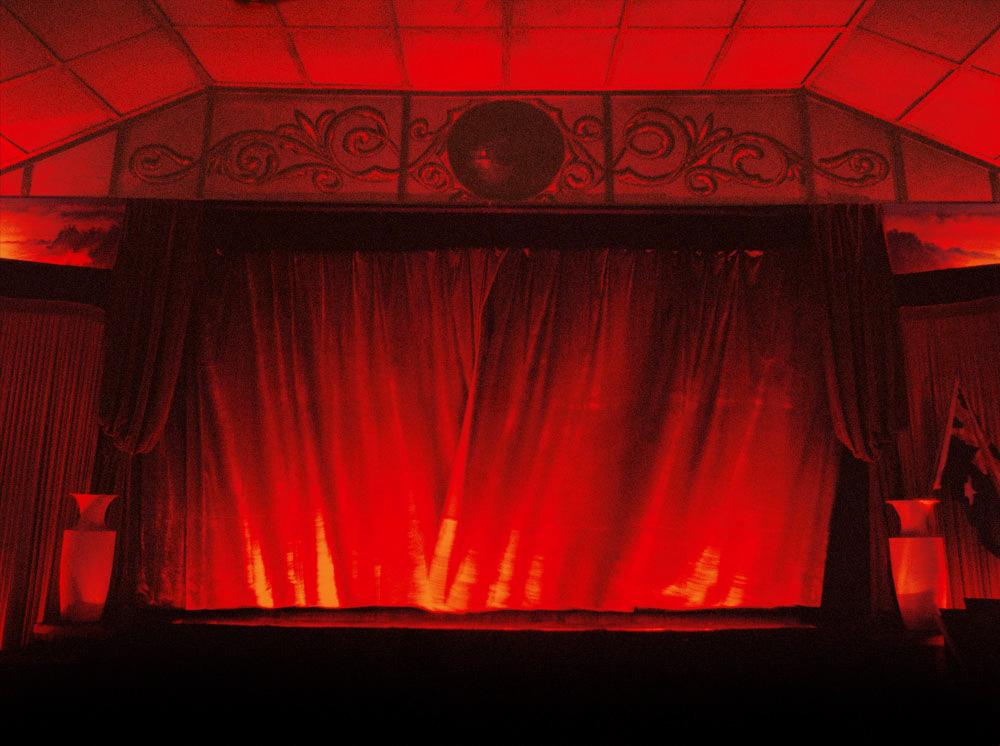 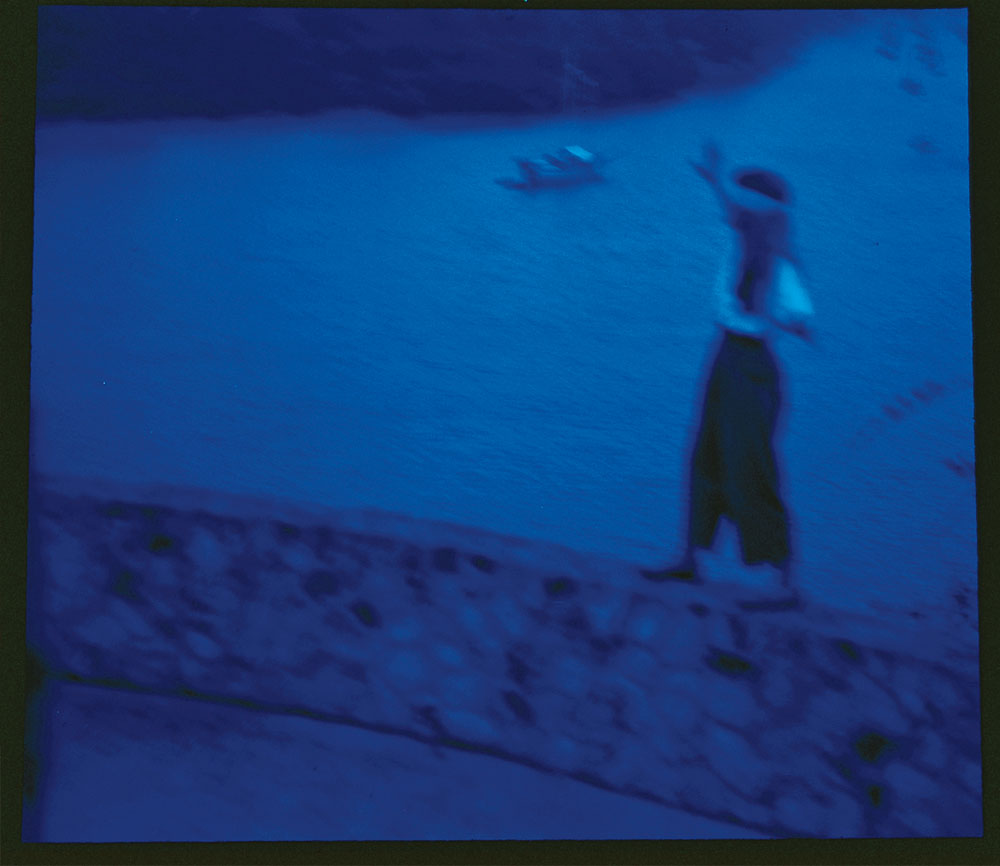 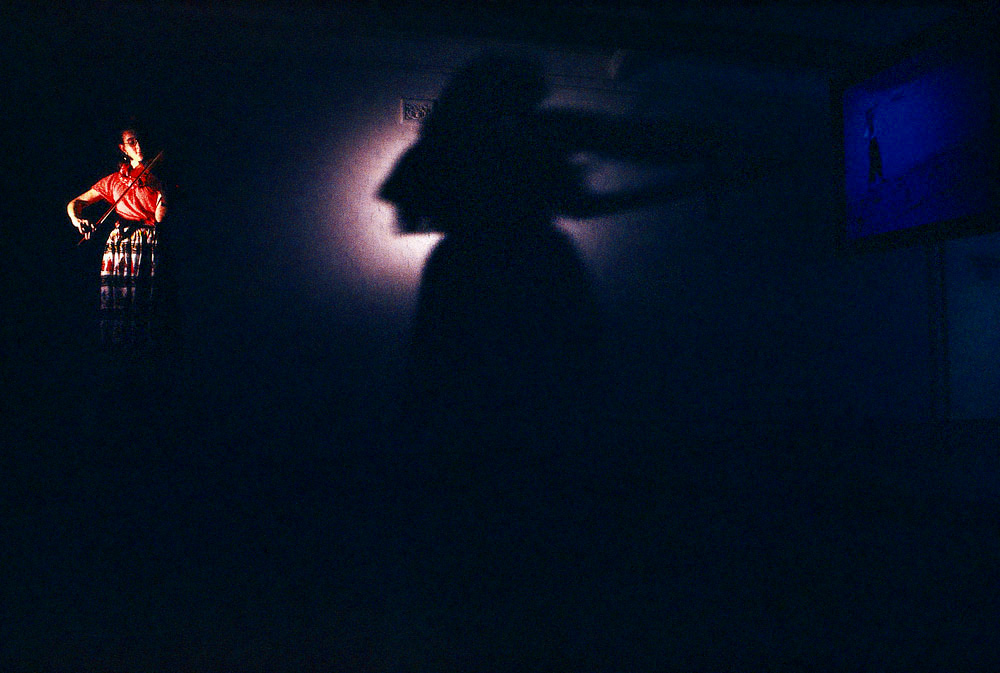