The Discipline of Persuasion and Convalescence, the second of The Blue Room Installations, was an homage to the historically problematic relationship between women’s health and Western medicine. While the ‘first’ world has begun to place women’s health equally with men’s health, in the ‘third’ world men are often far more privileged than women. The historical lack of knowledge of the female body is a direct result of the long history of women being seen as less important and at the very best a variation or, perhaps, an aberration of the male body. The title of this work is a play on the bed as a space dedicated to both sexual activity and sickness.

Three single metal hospital beds were placed side by side as if in a ward. In the area of the bed where the lower torso may lie, a hole was cut in the mattress. A gas burner was situated in it so that the flame was exposed just above the mattress. Above each flame a galvanized bucket of boiling blood bubbled, (you make my blood boil), exuding its pungent smell throughout the building. Inside each bucket stainless steel medical instruments such as speculums were placed (although these were not visible to the audience). The beds were disheveled, inferring the absent female body. Above each of the beds was a wall painting of a ‘50s style three step guide to bandaging a head injury. The diagrammatic illustration employed a generic female stereotype. Under each flame in the bed, a burning candle was placed upright directly on the floor in alignment with the bucket above. Talcum powder was then sprinkled over the rest of the floor evoking care of the body in past eras. A specific olfactory experience was created through the combined smell of talcum powder and boiling blood. 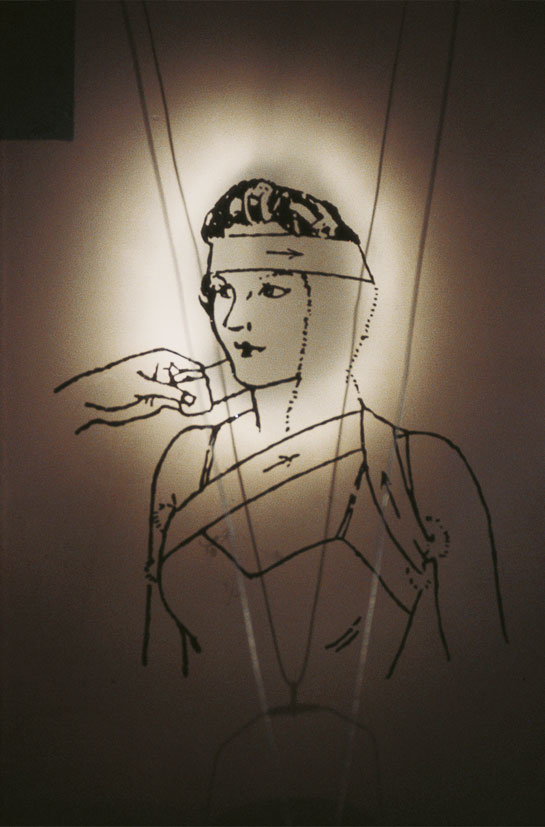 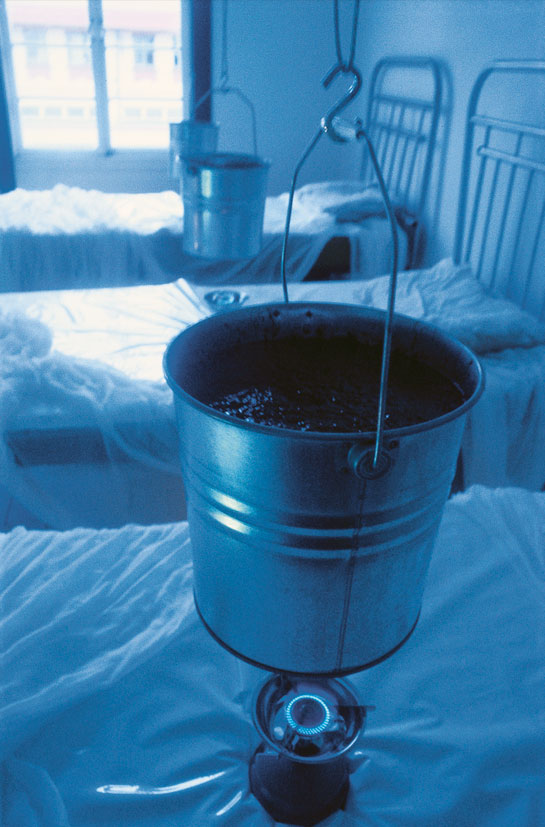