Escape from the Empty Disco from The Blue Room Installations (C) 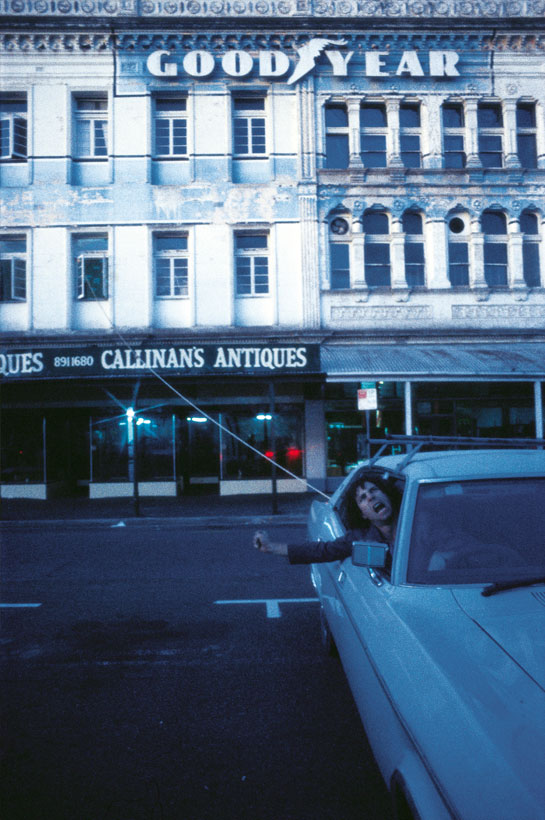 Escape from the Empty Disco was a return to a critique of the dysfunctional gallery and my growing dissatisfaction with the confines of the gallery and the consequent lack of audience engagement.  On the other hand, it was a further investigation of my developing installation language.

A rope was tied to an internal structural support close to the ceiling and stretched tightly diagonally through the space, out the window, and tied to the tow-bar of a car below on the street.  A young man was behind the wheel of the ‘hot’ car.  I instructed him to ‘rev’ the car, drink and yell out intermittently to the people inside the gallery on the third floor.

There were some holes in the floor of the living space on the fourth floor.  I suspended a long red Rapunzel style plait from the top floor and put this on a rotating mechanism.  It was suspended above the diagonal line formed by the rope.  From another hole in the ceiling I dripped a constant flow of honey onto the rope which gathered in a large pool on the floor.  Crutches were balanced and suspended precariously on the rope.

The wall painting was made of blue glitter and featured an Egyptian mummy ritualistically prepared for death and the consequent spiritual journey.  Egyptian mummies were traditionally buried with sacred and symbolic objects (such as the oar in this case) to assist in the journey to the afterlife.  The jewels which were encased in the heart of this particular Egyptian mummy were pillaged, leaving an empty hollow space where the heart had been.  A rotating mirror ball bathed the scenario in swirling blue fragments of hypnotic light. 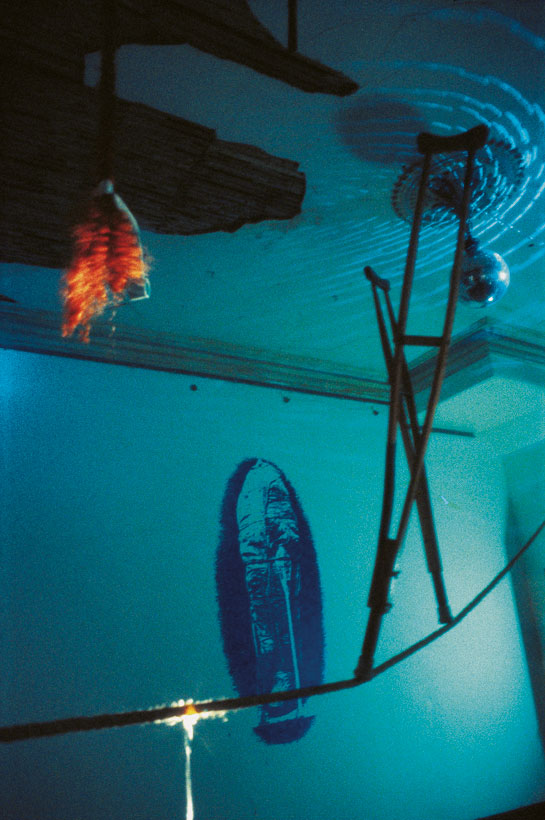