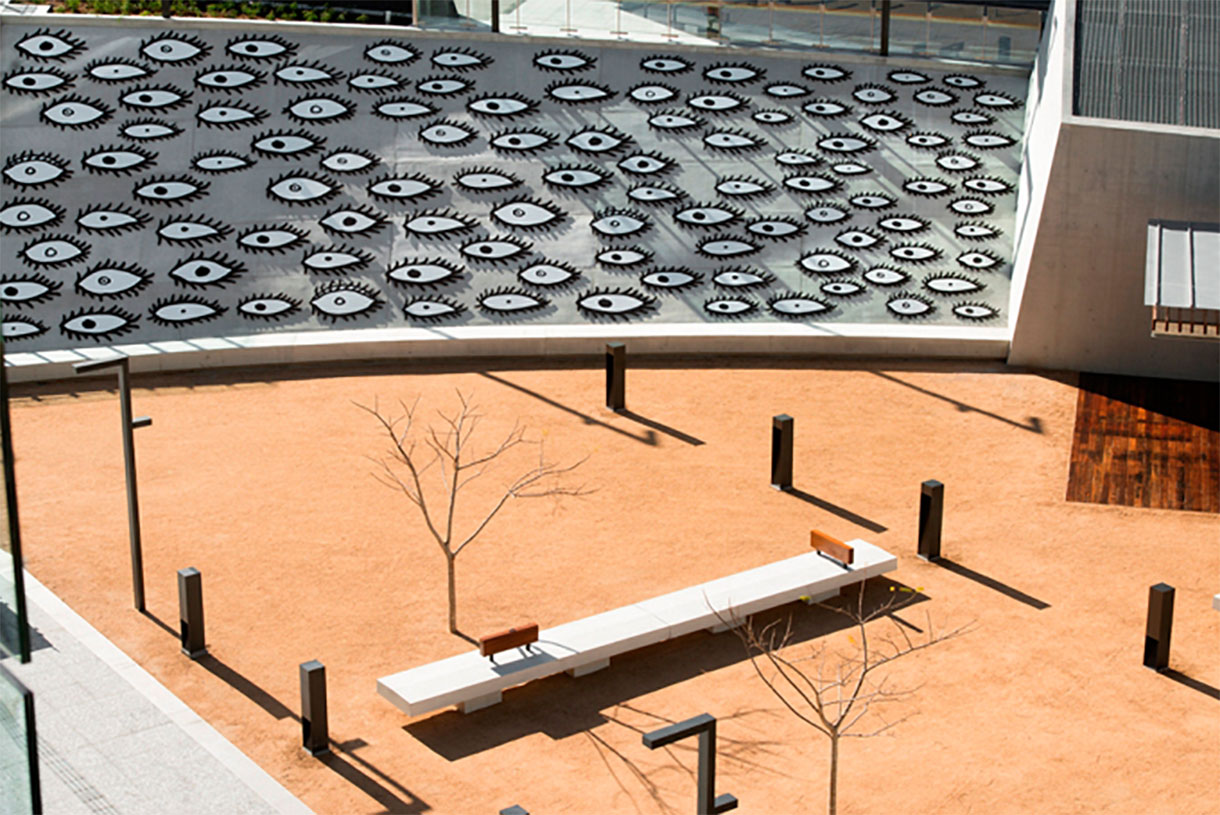 The Queen Elizabeth II Courts of Law was independently commissioned by Justice and Attorney General alongside Arts Queensland’s art+place policy.

The Queen Elizabeth II Courts of Law, as one of the State’s most important expressions of democracy, sought to express its transparency in the built form. Like the building itself, the public artworks articulate democratic values in their public expression of different perspectives. It is this inherent link between democratic values and artistic expression in the public realm that forms the focus of the curatorial rationale for the QEIICOL artworks.

At the heart of the public artworks for the courts is that freedom of artistic expression—as a different perspective—is a meaningful signifier of active democratic values. Rather than a world where all share the same known views and difference is not tolerated, in contrast the excitement of encountering a view that is unfamiliar can be seen as a celebration of difference.

The three artists commissioned—Yayoi Kusama, Sally Gabori, and Gemma Smith—are all women, two of the three were in their 80s at the time of commissioning, and all are from significantly different cultural backgrounds.

Kusama’s floating eyes wall commission transformed the city centre, surging 90 meters across one entire city centre block between Roma and George Streets. Metaphorically the inner workings of the courts are revealed through the building’s glass façade to the unblinking eyes, forever watching.

There are two internal artworks that are painted directly on to the entry ceiling and Banco court wall. The positioning of Sally Gabori’s work in the Banco Court, the ceremonial court, is to celebrate and remind us of different perspectives and different ways of seeing. Sally Gabori was a Kaiadilt Elder who commenced painting in 2005 in her 80s. In an absence of traditional visual form she created her own visual language to portray her beloved country—Bentinck Island. This place—Bentinck Island—a tiny remote island in the Gulf of Carpentaria is where Sally and the Kaiadilt people lived a pre contact life up until the 1940s. Sally’s paintings are filled with a potent emotional energy that is intrinsically connected to her unique vision of a place that is rich with experiential and ancestral history.

At the other end of the spectrum, Gemma Smith was—at the time of commissioning—an up and coming Brisbane based artist in her early 30s. The way that Gemma unveils the elusive nature of space and viewpoint is fitting for the entryway of the courts. Gemma’s painting is not unlike the trompe l’oeil, popular in the Baroque period where a three dimensional optical illusion was painted directly onto the ceiling or wall—in this case the illusion is in abstract form.

The project has been the subject of various conference presentations. 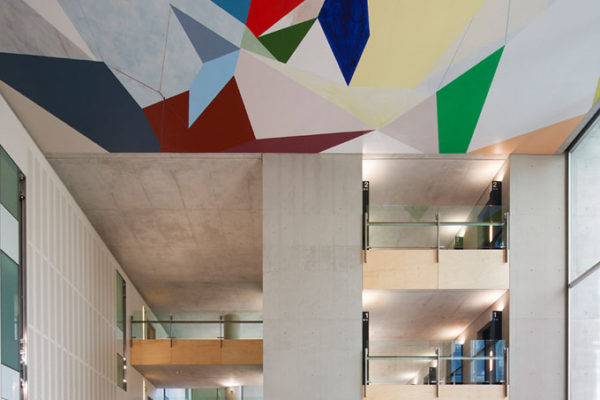 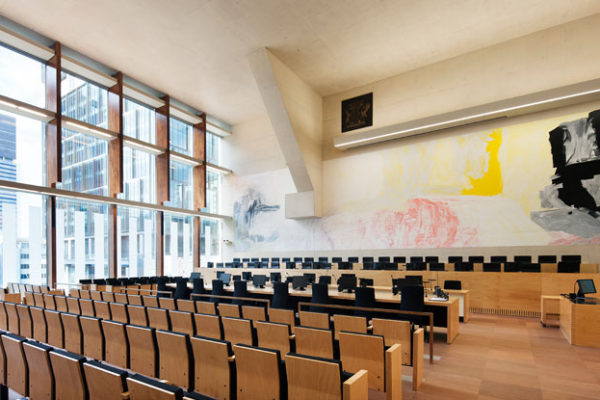 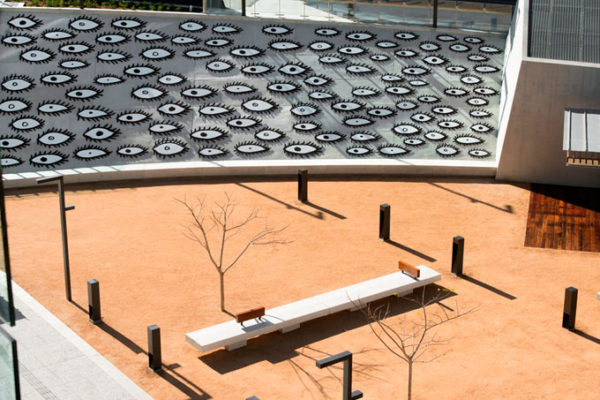 From Left to right: